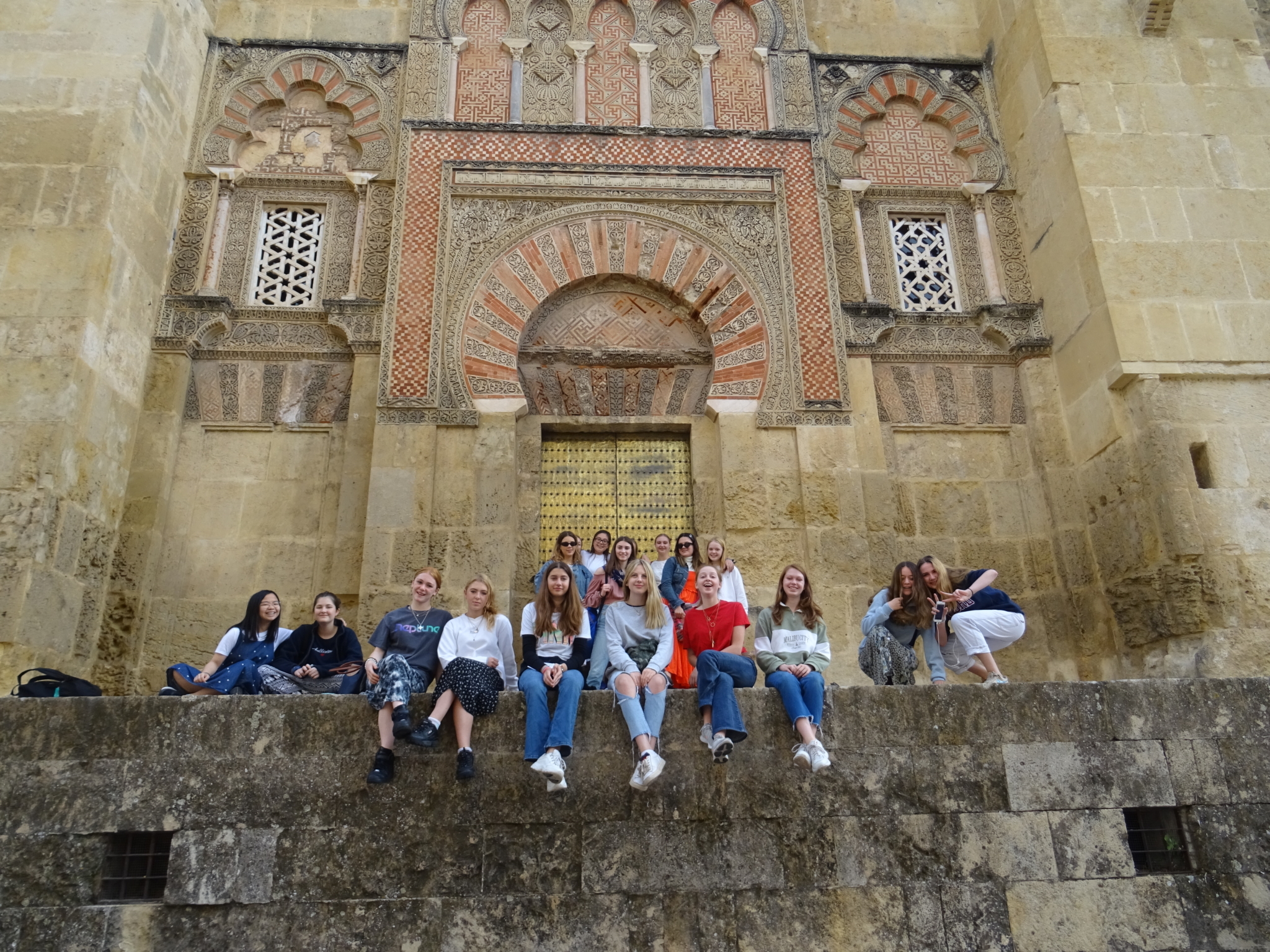 A group of Fourth and Fifth Years enjoyed a busy and informative tour of three cities connected to the golden age of the Islamic empire in Spain, or Al-Andalus. We visited Cordoba, at its height in the 10th Century, the biggest city in western Europe, Granada and Seville. Andalusia was the heart of ‘La Convivencia’ or era of toleration and cooperation between Judaism, Christianity and Islam. This was vividly brought to life by our excellent guides who introduced us to the Grand Mosque of Cordoba which is now a Cathedral and the much more intimate Sephardic Jewish synagogue. We learnt about how remarkable Jewish and Islamic philosophers and scientists worked alongside each other attracting Christian scholars from across Europe to participate in the technological, literary and architectural flourishing of Al-Andalus. We also learnt about how Jews and Muslims fared after the Reconquista of 1492.

The girls were excellently behaved and listened attentively to each guide. They particularly enjoyed the Sephardic house guide singing old Jewish songs of Al-Andalus at the end of his tour. They loved having afternoon tea and cakes in an Arab-style tea room in a traditional patio or courtyard garden and the chance to shop in the tiny pedestrian streets of the Jewish quarter of Cordoba. In the Cathedral of Seville, we saw Christopher Columbus’ tomb. A highlight of Seville was having a tour of the Flamenco museum followed by an hour’s exciting performance. Our tour began however with a visit to the spectacular Alhambra in Granada. We were all in awe at the architectural beauty of the palaces and the calming peace of the gardens, designed to reflect paradise on earth. A glorious start to a superb tour which none of us will forget!

Photographs from the trip to Spain, can be found here.