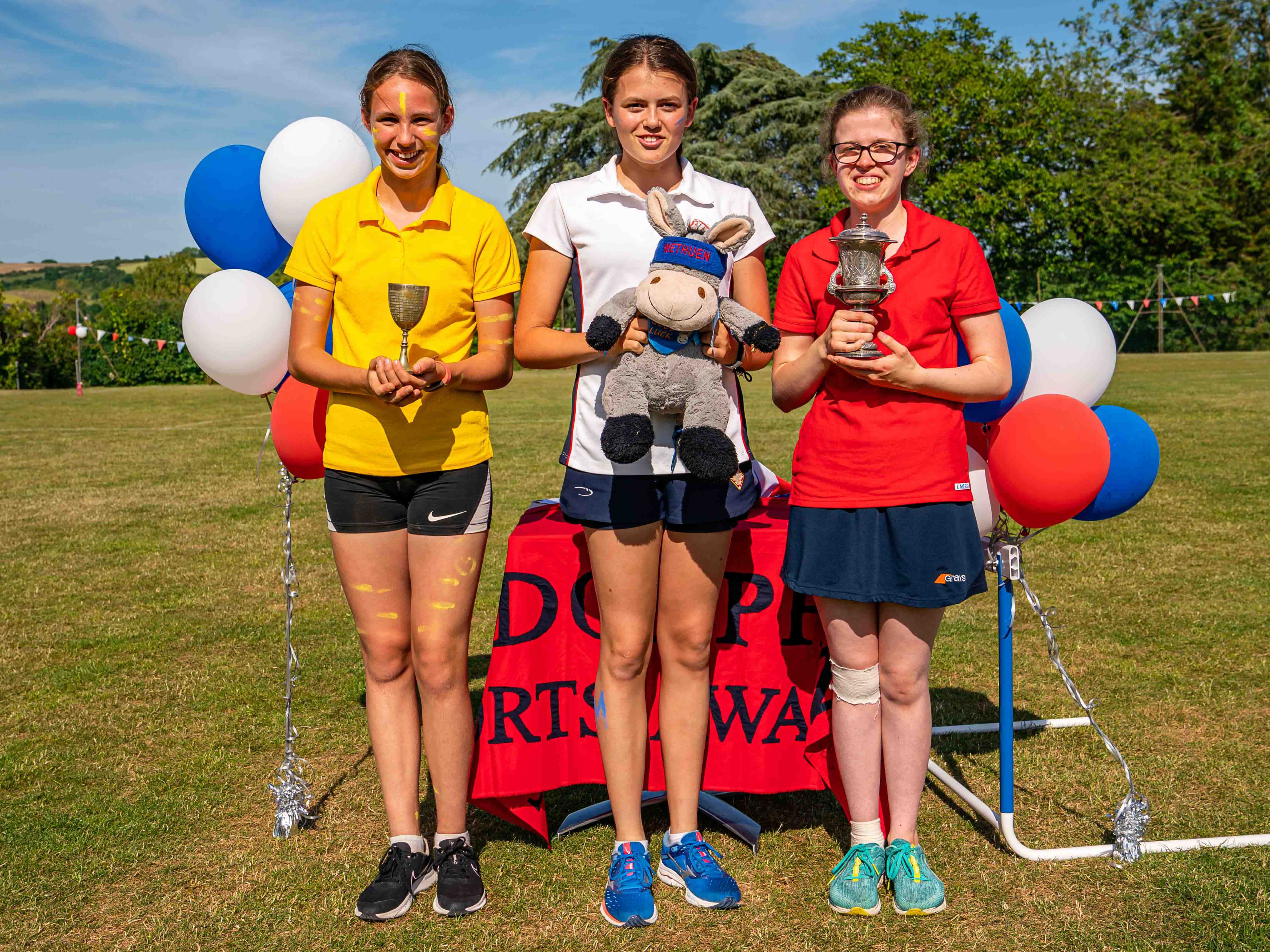 The sun shone bright for the long awaited return of a ‘proper’ Sports Day this term for nearly three years. Last year we were forced by Covid-19 to run this in lessons, and while it was fun, it just wasn’t the same.

Staff and spectators alike were keenly anticipating the chance to see an athletics spectacle, and the girls did not disappoint! Throughout the afternoon there were some amazing performances in track and field alike, most notably watching the school record being broken in the Second Year 200m by Daisy N on a grass track.

The staff did their bit too, showing off their spud and spoon credentials, and were followed by the enthusiastic Godolphin Sixth even wearing Leith’s aprons for the occasion! We had a wonderful crowd of support from the parents, who were able to enjoy cream teas and cheer from the sidelines.

The event finished in style with the hotly contested 4x100m relays, and then to the results……Hamilton House crowned Junior Champions, Douglas House taking the trophy for the Seniors, and then also the overall title by a very fine margin. Then of course, ice creams all round!

Many thanks to the multitude of staff who worked so hard to make it happen.

The very next day the girls enjoyed a trip to Dauntsey’s where the Junior Girls (Anna W, Amelia W, Katie G, Kaitlin M (set a new school relay record of 54.65 seconds, making them the fastest relay team that Godolphin has ever witnessed in its record books! We now look forward to the final two events of the season, with girls competing at the National Preparatory Schools Championships and indeed the English Schools National Championships in the final week of term.

For more photos follow the link to our Photo Gallery