Showcasing the talents of our Music Scholars 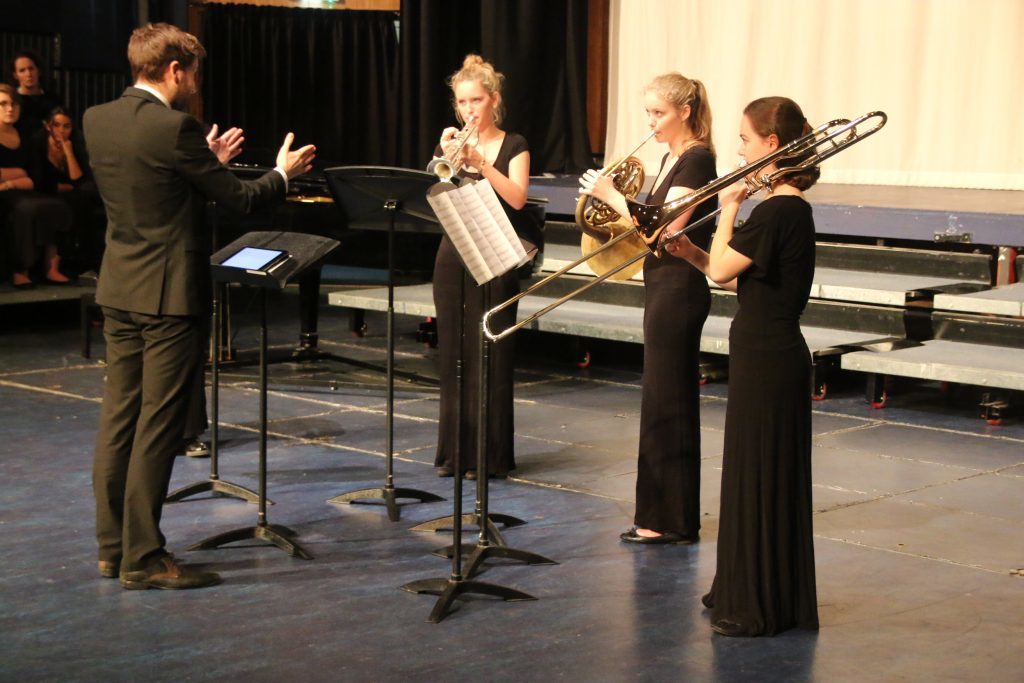 Last night’s Scholars’ Concert showed that there is no shortage of talent in Godolphin’s Music Department.  Girls ranging in age from 11 to 18 performed a wide ranging programme, from Mozart to Coldplay.

Their achievements were even more impressive considering the concert was so early in the academic year and many of the groups had only been formed in September.  Half of the ensembles were performing together for the first time, giving many of the new scholars the chance to make music together.

The award-winning Vocal Ensemble opened the concert with a stunning performance of the Gloria from Benjamin Britten’s Missa Brevis, a challenging piece that was perfect for the Ensemble, being set for three part treble choir and piano.  Their mastery of the complex time signature and contrasting solos and unison singing were particularly impressive.  There then followed performances from 10 chamber music ensembles, all of whom were poised, confident and accomplished.  The younger groups performed particularly well, showing that there is a bright future for music-making at the school.  The concert ended with a fitting finale from The Jazz Ensemble who sounded like a professional band as they played ‘In The Mood’, resulting in huge applause from a very appreciative audience.

Chamber Music is a very important part of the music provision at Godolphin and many of the ensembles who performed in the concert will go on to take part in the national Pro Corda Festival in the spring.