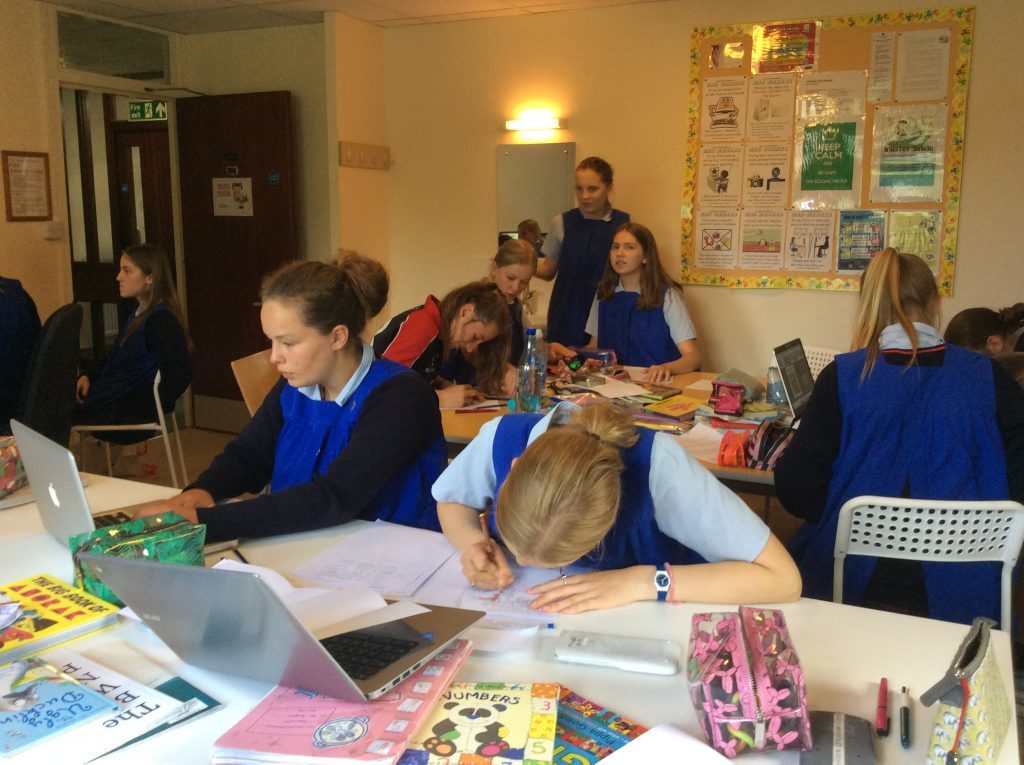 The Fourth and Fifth Year Senior Alpinists for English and MFL spent the morning finding out about how we learn to read. They were reminded of some old favourites from when they were younger and then went on to write their own story in either French or Spanish, having considered carefully their target audience and suitable literary devices. The winner of best children’s foreign story went to Tessa and Eleanor, whose story centred around a monkey who dropped his banana on the way to school, but was rescued by his friends who gave him some of their fruit instead!