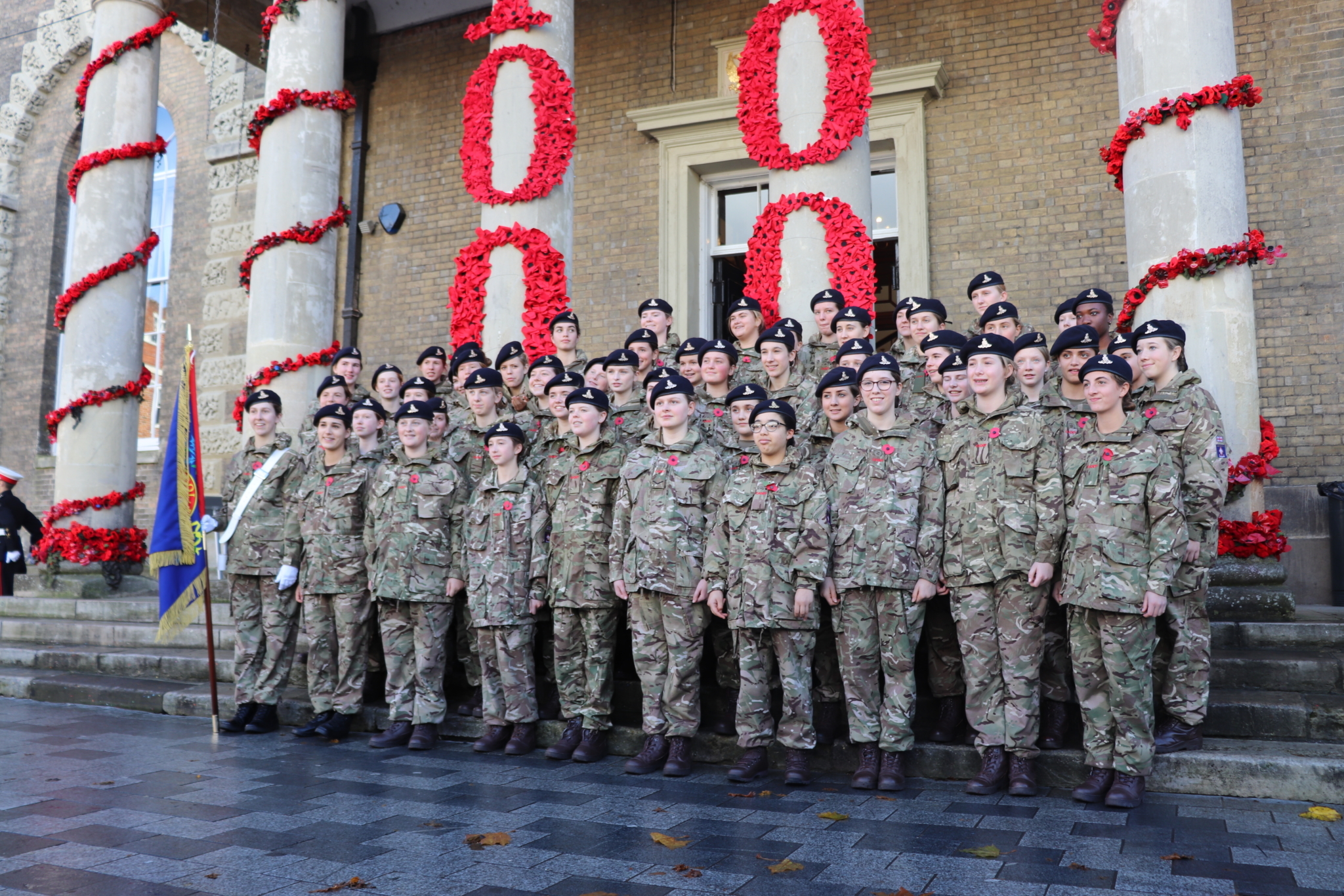 The girls from Godolphin CCF were on parade in force on Sunday 11 November to take part in the annual Remembrance Day parade in Salisbury. A total of 56 girls from the Contingent mustered at school for rehearsals and kit checks before heading to town to join the main body of the parade. The girls were joined by cadets from local detachments of the Wiltshire Army Cadets giving a combined strength of over 100 – by far the largest organisation on parade. The girls were extremely well turned out with highly polished boots and broad smiles - marching through the town with several thousand onlookers has got to be something to be enjoyed. Emma Simon was proud to carry the newly procured CCF standard at the head of the parade, Izzi Baker laid the wreath on behalf of the CCF and Amy Robinson had the honour of being the Army Cadets “Right Marker” for the march past. It was indeed a real privilege to take part in this parade marking the 100 years since the Armistice and yet again our girls did us proud with their performance and turn out!

You can view photographs of the parade on our Flickr.