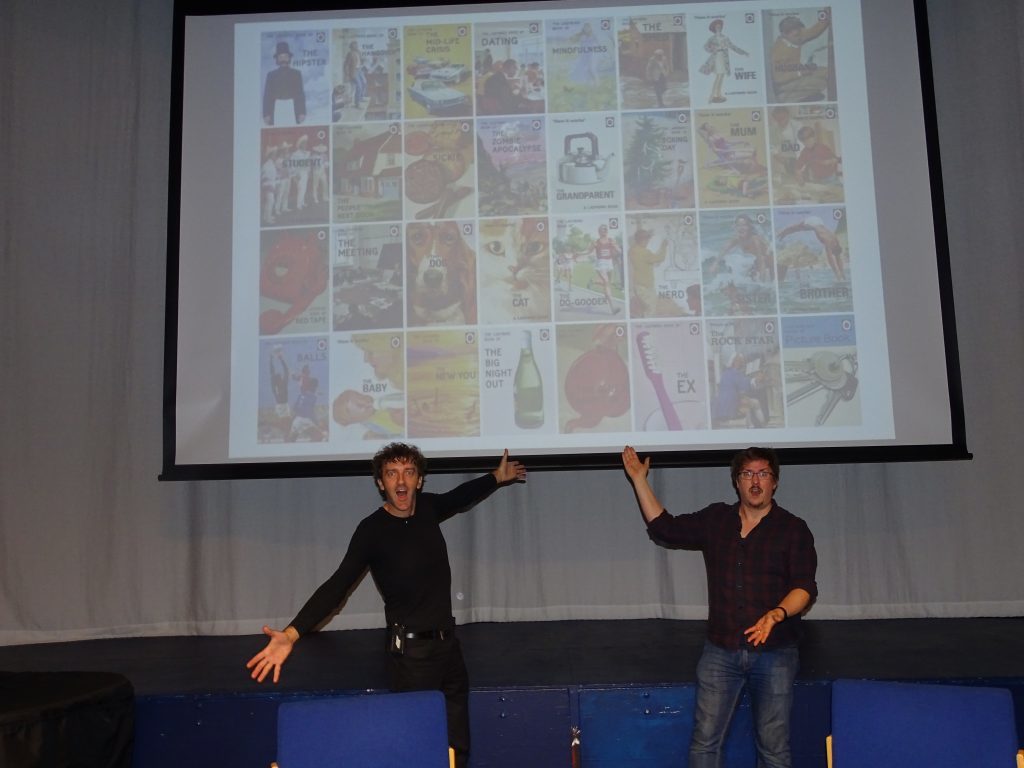 The Literary Festival’s last evening event was pure entertainment with comedy writing duo Jason Hazeley and Joel Morris explaining the stories behind their pastiches of Ladybird Books.  Writing their gags mostly for television, including That Mitchell and Webb Look and Charlie Brooker’s Screenwipe,  their ever-growing list of Ladybird Books have been a runaway success and the laughter emanating from the PAC was a testimony to their comic timing.  On discovering that every single piece of artwork from Ladybird Books had been kept, collated and filed online they started on their journey re-captioning the original illustrations with new text commenting on many areas of modern life.   They have now written 32 books, and their latest titles include The Sister, The Baby, The Nerd and The Ex, and they enjoyed one suggestion from the audience that they write ‘The Teenager’ next.   One question from a Prep pupil ‘How old were you when you first met?’ was particularly well met, because they met at school and have been writing together ever since.