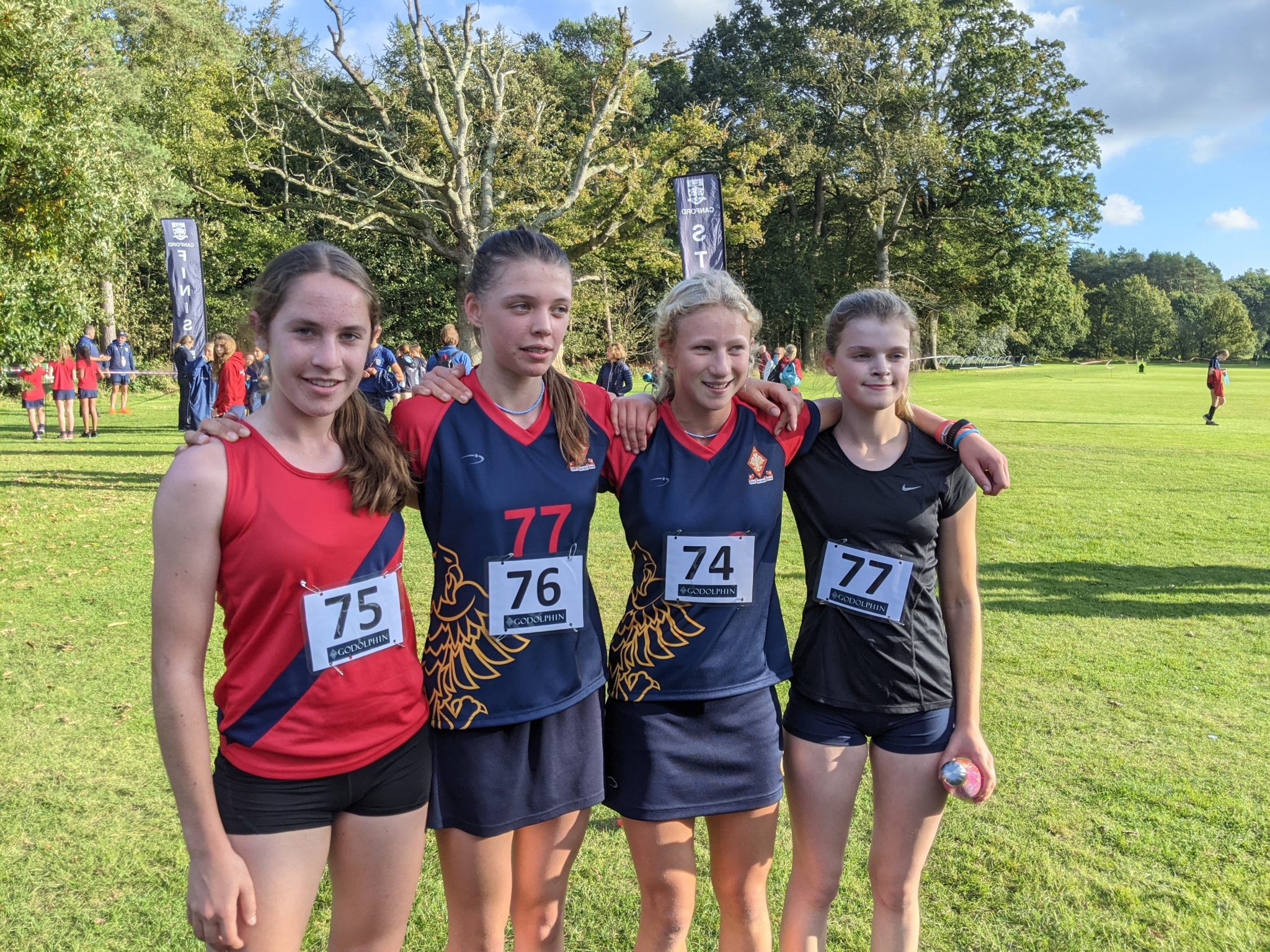 In the week before half term Mr Pannell took three teams of cross country runners to compete in the ESAA Schools Cup held at Canford. The girls ran in teams of four against many other schools in Wiltshire. The top three teams in each age category would be awarded with progression into the next round where they represent Wiltshire and compete against all other counties in the South West of England. A beautiful day and a very flat course promised some good times, and our girls did not disappoint.

Our Junior and Intermediate girls teams both ran brilliantly, but sadly both came fourth and narrowly missed out on the qualification spots. However, the senior girls put in an outstanding performance, finishing second overall and qualifying for the next round on the 13th November. A big well done to Agatha, Alice, Polyanna and Lottie for this outstanding achievement and good luck in the next round.