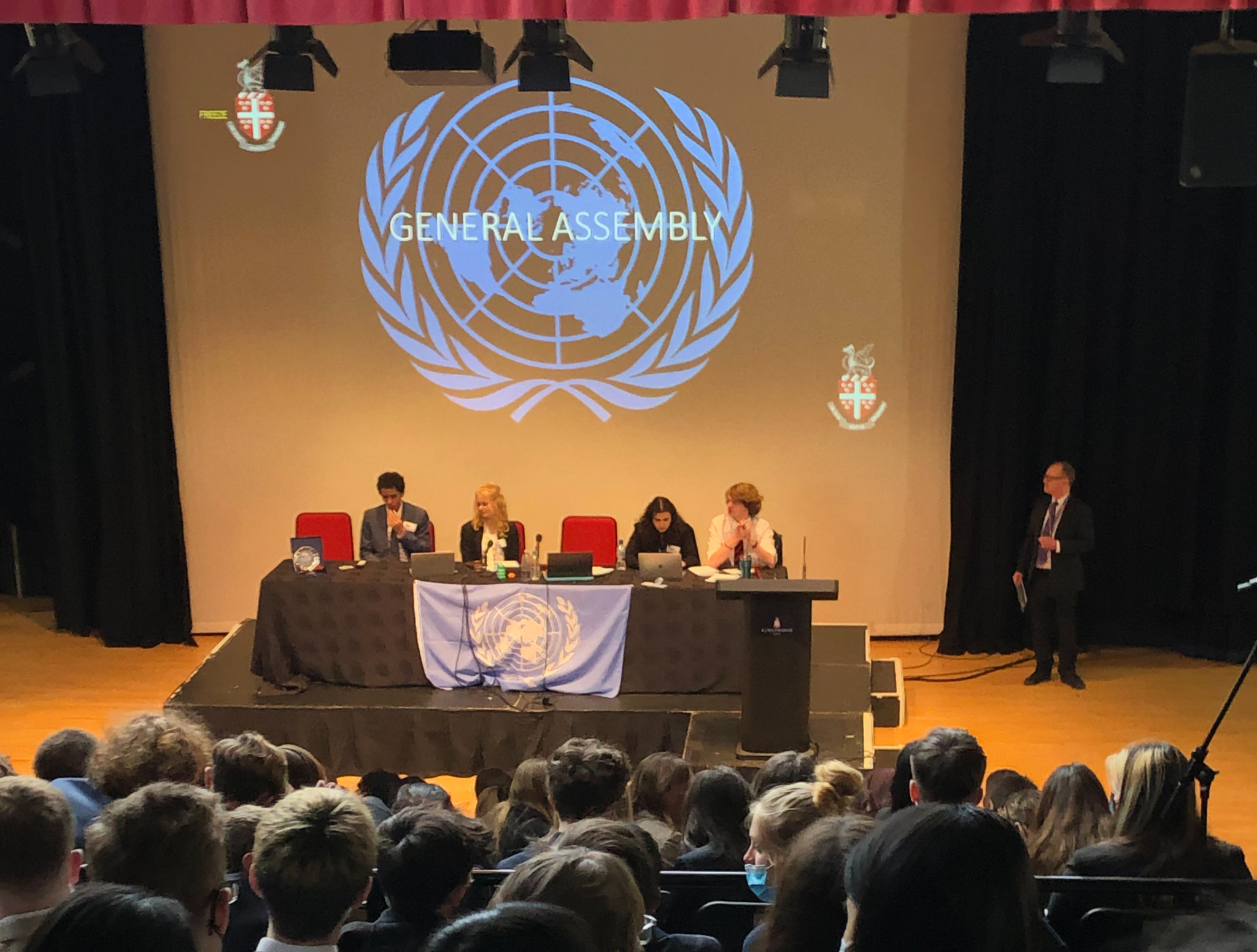 The UN seeks to resolve conflict through co-operation and collaboration, exercising every diplomatic opportunity to avoid war. Attending an MUN conference against the backdrop of Russian aggression in Ukraine made participation seem all the more important.

Sitting on the Security Council for Norway, Helena W debated topics including the crisis in Ukraine. Those students acting as delegates for Ukraine and Russia showed commendable sensitivity and maturity when facing each other across the committee, demonstrating the respect the issues under consideration deserved. An interesting discussion was had over the two-day period with Helena’s Resolution on the situation in Yemen selected as an option for consideration.

Georgie K and Alice C, represented our countries on the Health Committee discussing global approaches to mental health, vaccine nationalism and combatting cancer. Pippa S and Megan P served on the Environment Committee trying to find solutions to global food waste, land degradation and water scarcity. On the Politics Committee, Iona C and Amelia S contributed to discussions about the situation in Afghanistan, the fragile state of the Sahel and how to regulate space. And Amelia H and Francesca W were instrumental in making amendments to resolutions debated in the Human Rights Committee on press freedoms, reproductive rights and LGBT+ rights.

During the Closing Ceremony, the entire General Assembly was addressed by the delegation from Ukraine and almost unanimously carried a resolution to cease hostilities, for Russia to withdraw, for member states to provide humanitarian aid and for the re-building of relations in the region through diplomatic channels. A two-minute reflection was observed during which you could have heard a pin drop. A Ukrainian national attending the conference was given the floor to speak about unfolding events.

A special mention must go to Megan P for addressing the 300 strong General Assembly, as part of final proceedings, and to Francesca W who received a commendation for her contribution to her committee’s discussions.