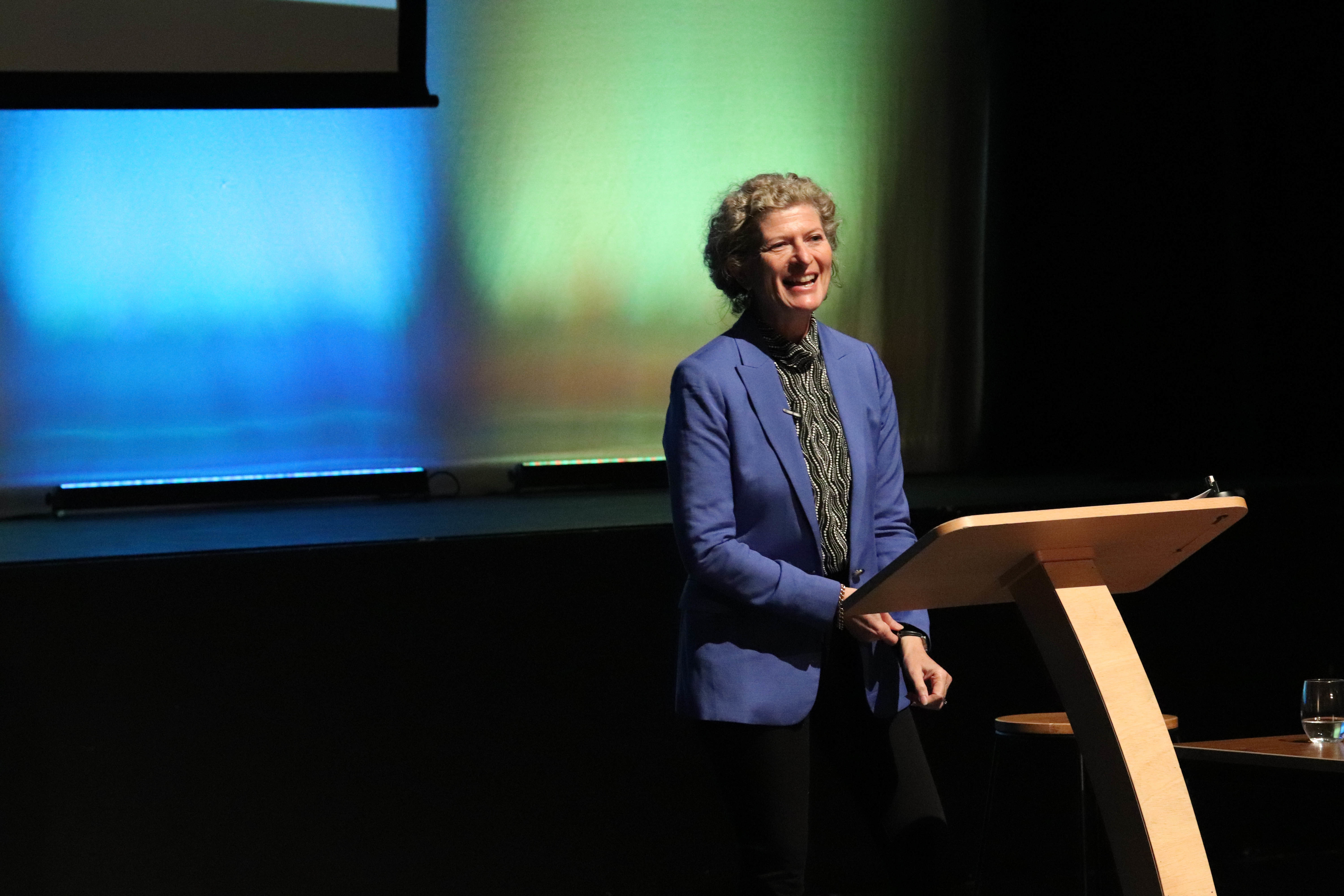 Godolphin’s Literary Festival opened with an inspiring and thought provoking talk. We were delighted to welcome Mary Ann Seighart who spoke about her latest work, ‘The Authority Gap’ which Andrew Marr has described as a ‘cheerful manual for all ambitious women’.

‘The Authority Gap’ is a searing and insightful book which delves into the reasons why women are challenged more than men in the workplace. Concurrently, the continuing bias held against women is also examined- even the unseen impartiality women have against their own gender.

Drawing upon a wealth of data and the experiences of pioneering women she has interviewed, Mary Ann provides an insight into this societal problem and how we can combat it. During the talk, I was fascinated to learn that men are four times more likely to read a book that is written by a man, than one by a woman. Similarly, Mary Ann revealed the extent of the power of language, and how it can manipulate (even unconsciously) our opinions and beliefs.

To conclude, Mary Ann Seighart’s talk investigated the scale of the gap that still persists between men and women, leaving the audience questioning the assumptions we make as a result of our social conditioning.