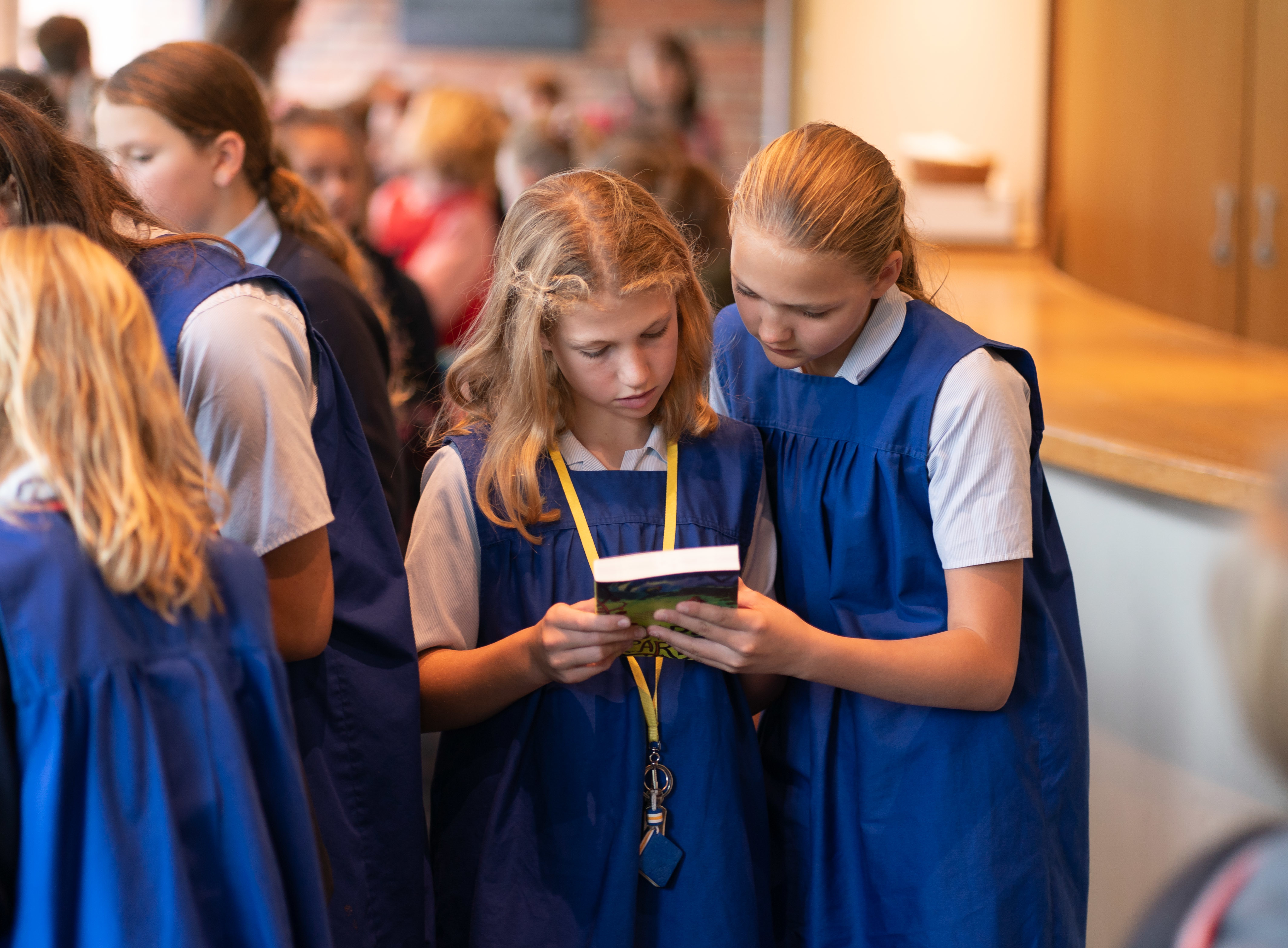 Godolphin's third Literary Festival opened with a talk on Queen Victoria by the TV presenter, Historic Royal Palaces curator and historian, Lucy Worsley. She did not disappoint, and her witty, exuberant delivery revealed the humanity and quirkiness of her subject. The audience was a mix of all ages and a testament to Lucy Worsley's talent at making history accessible; many of the questions came from the young who had clearly listened to every word and still wanted to know more. Lucy had a message of encouragement for one who asked about the number of books she had written, "I genuinely cannot remember, which is a great thing, and I hope that one day you will be standing up her saying the same thing!"

The festival continued with a Creative Writing workshop and a Poetry Evening organised by the girls and the English Department. There were events during the day for pupils from across Salisbury and beyond and during the week almost 900 schoolchildren joined in events in the Performing Arts Centre and Library. Costa winning author Frances Hardinge chose the festival to launch her latest young adult novel, Deeplight, and she gave a fascinating explanation of the fears and loves that inspired her largely submerged tale about a world beneath the waves. Fleur Hitchcock came to speak about her gripping mysteries which appeal to 9-12 year olds; her books are full of action and she was a great hit with Godolphin pupils and many visiting schools. Laura James hosted a smaller event in the school library to talk about her two series for younger children, Fabio the Flamingo Detective and The Adventures of Pug. She encouraged pupils from Godolphin Prep and across Salisbury to invent their own detective series and played with wonderful collective nouns, a flamboyance of flamingos, a tower of giraffes and a crash of rhinos, to name but a few.

Salisbury's very own thriller writer and Godolphin parent, Mark Dawson, came to chat to older students about the business process of producing great fiction. As he explained, it is not just about having an idea and being able to write it down, there is a whole publishing industry to comprehend and his understanding of publishing online combined with his story telling talent has made him the master of Ebook fiction.

There were two more evening events open to the public, and particularly well attended was the broadcaster and dramatist Lynne Truss' discussion of her writing career and her latest comic detective series. The grand finale of the festival was Joa Studholme's inspirational talk about colour in interior design, for many years she has been Farrow & Ball's chief colourist, inventing colours and giving advice to customers across the world. Her books on colour are sumptuously printed and she encouraged many art students interested in pursuing a career in the world of interior design.

Photographs taken by Ash Mills throughout the week can be found here.