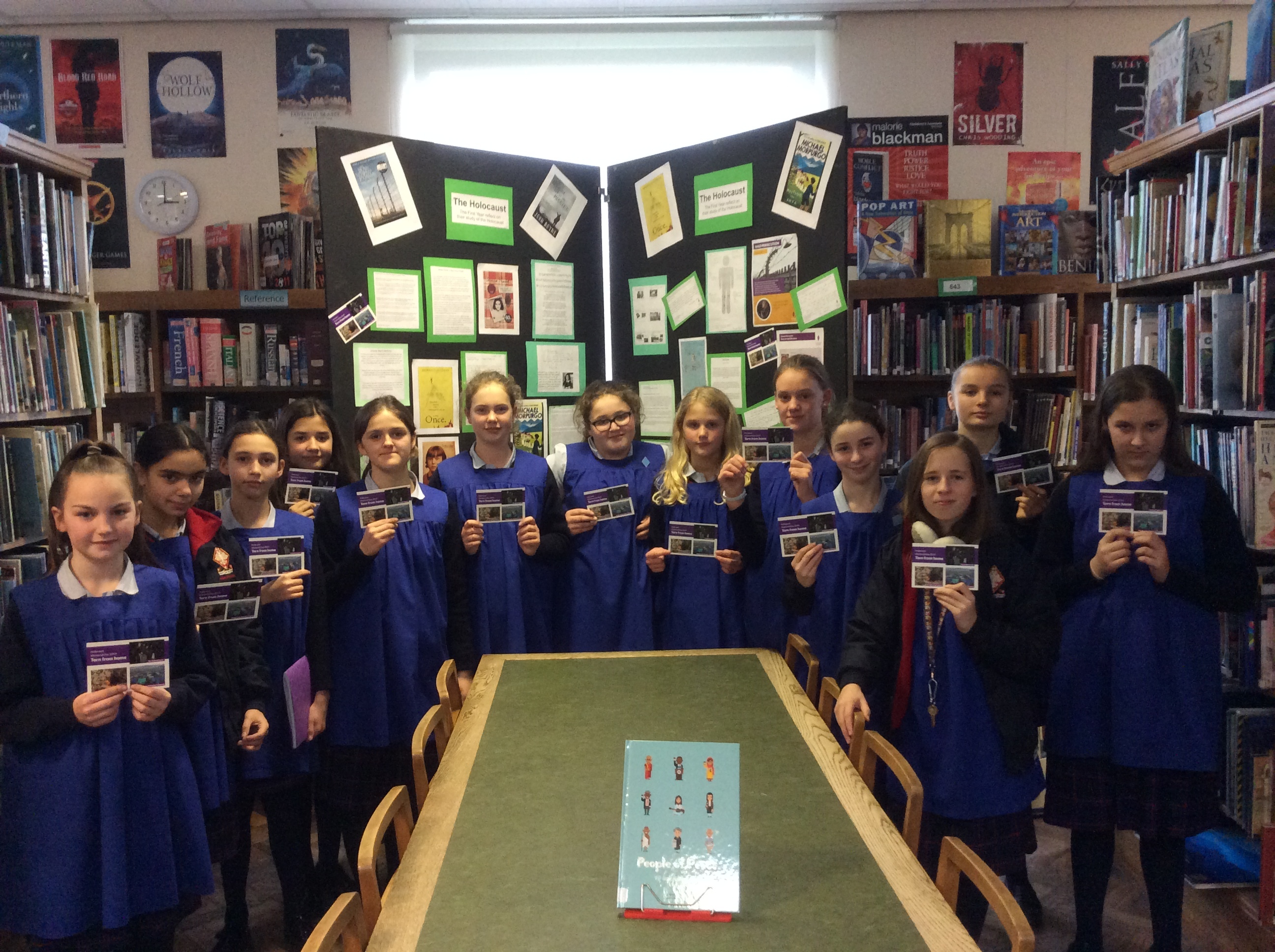 As part of the First Year Religious Studies curriculum this term the girls have been learning about the persecution of the Jewish population of Europe particularly during the Holocaust. The girls all chose a children’s novel set in this period to read and, over a series of homework sessions, produced a reflective piece of writing. Reading the novel and connecting it to their learning in class enabled them to better understand the suffering of the Jewish people at this time. Among the most popular titles borrowed from the school library were Waiting for Anya by Michael Morpurgo, The Boy in the Striped Pyjamas by John Boyne and Number the Stars by Lois Lowry.

For Holocaust Memorial day on 27 January the girls explored the life story of Renee Bornstein, a Holocaust survivor and were all moved by her story. The girls each wrote a postcard to Renee in which they reflected on how much her courage had inspired them. Their postcards were deeply moving to read and impressed us with their maturity.

The book reviews, copies of the postcards and novels form part of a new display in the library created by Mrs Jones, highlighting this important part of European history that should not be forgotten.