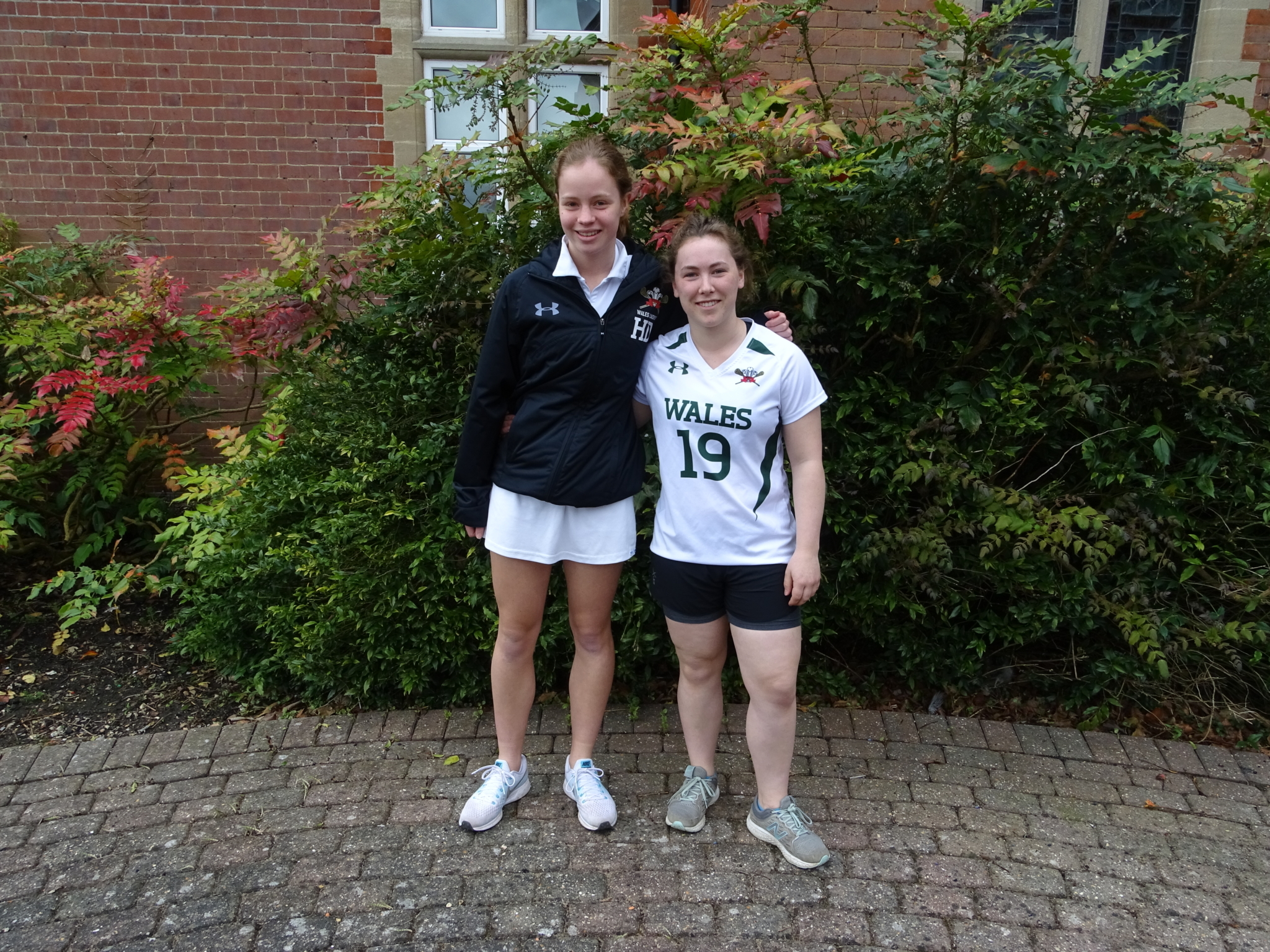 Two of our girls, Hattie and Izzy have had an amazing opportunity to play for Wales at the Home Internationals in Scotland.

I was lucky enough to be selected to play for the Wales B team to play at Home Internationals in Scotland. It was my first time playing at an international level which was very different to playing at school. We played two games against Scotland and England over two days. The first game was against Scotland. It was a surreal experience as the whole team lined up to sing the National anthem. We received a tea cake from Scotland before we played. We managed to beat them 29:9 in the 80 minute game which was a good win going into the game against England the next day. We gave England a run for their money, After having a shaky start we ended up closing the gap until we were drawing, a few goals later we were winning. We ended up narrowly losing, even so we were all still pleased about the game surprising everyone on how well we did. Overall it was an incredible experience being able to represent Wales and have the opportunity to play with an amazing team.

In Easter, I played in the Home Internationals for Wales. I took a flight up to Edinburgh where we stayed in a premier inn close to the pitches. We got to the pitches early because our matches started at 9 every day. After warm ups, we had stick checks and anthems. Unfortunately, we lost to both England teams, but we beat Scotland in our last match.

We wish Isobel good luck this summer as she will be playing for the U20 Wales Lacrosse Squad at the  European Championships in Poland this summer.

Both of these girls have done incredibly well and are both extremely deserving of this opportunity. Well done girls!