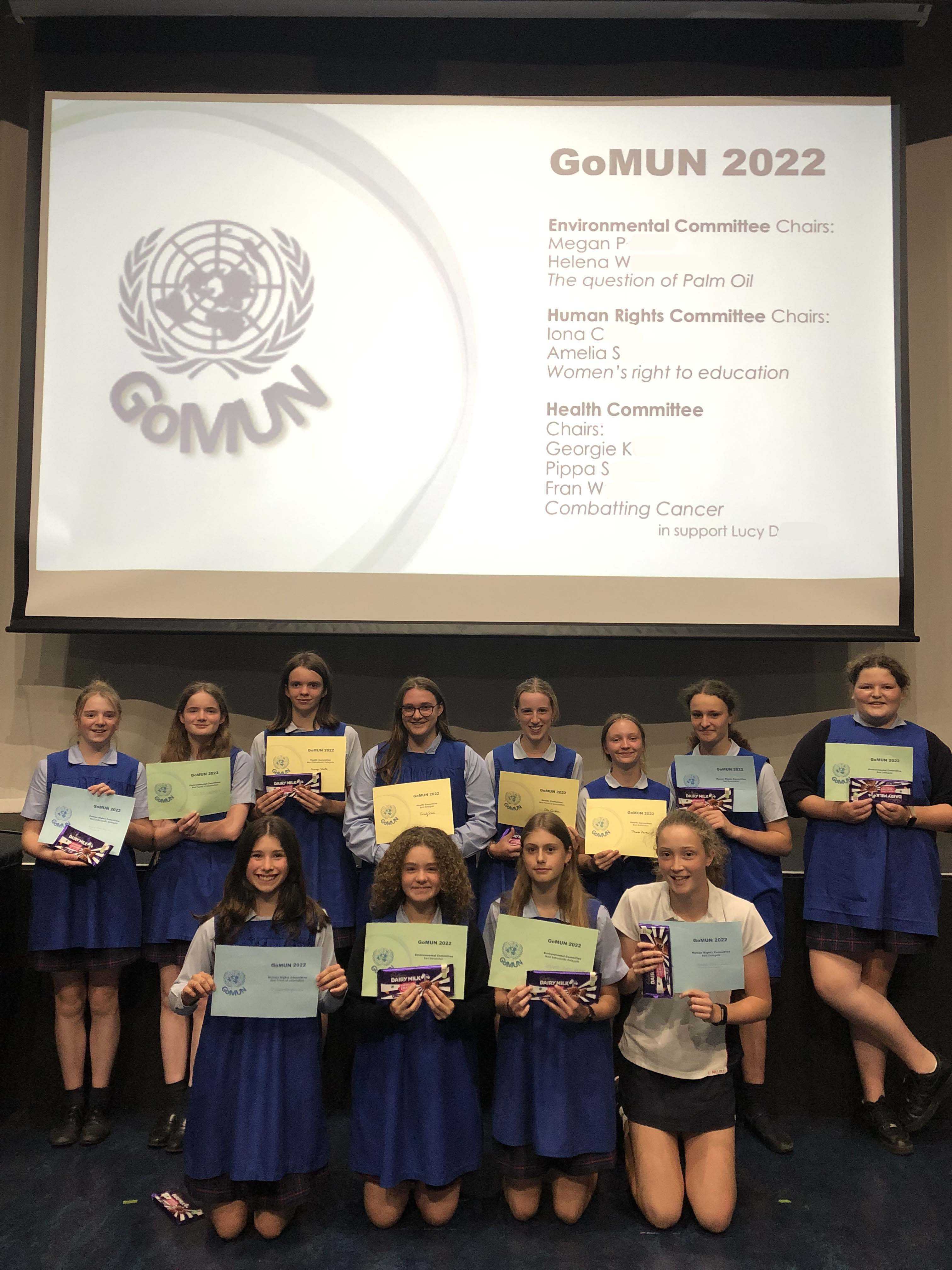 In March, Godolphin took two delegations to the Bath International Schools Model United Nations (BISMUN) conference, representing Sudan and Norway. Having enjoyed researching and debating some of the most prevalent global issues (including the question of water scarcity in the Environment Committee, press freedom in the Human Rights Committee, and the situation in Afghanistan in the Politics Committee), Godolphin’s MUN team decided to organise and lead a conference for the Third Years.

On 15 June, the Third Year had a full day off-timetable. GoMUN began with an opening ceremony, which outlined the day and gave some information on some of the current news headlines. We spent the morning researching diverse topics: global dependency on palm oil in the Environment Committee, combatting cancer in the Health Committee and women’s rights to education in the Human Rights Committee.

The MUN team collaborated with students to write creative and thought-provoking resolutions that tackled these issues. In the afternoon, we debated a few resolutions in the style of a United Nations assembly. To start with, the format was difficult to get to grips with but soon everyone enjoyed speaking on behalf of their countries and voting to pass or reject each resolution.

In total, the Third Year raised over one hundred ‘Points of Information’ and were able to speak confidently on their committee’s topic. A special mention must go to the delegates of the USA, who received the prize for the Best Delegation, and to Milly M, Emily P and Caitlin M and who won the Best Delegate in the Environment, Health and Human Rights Committees respectively.