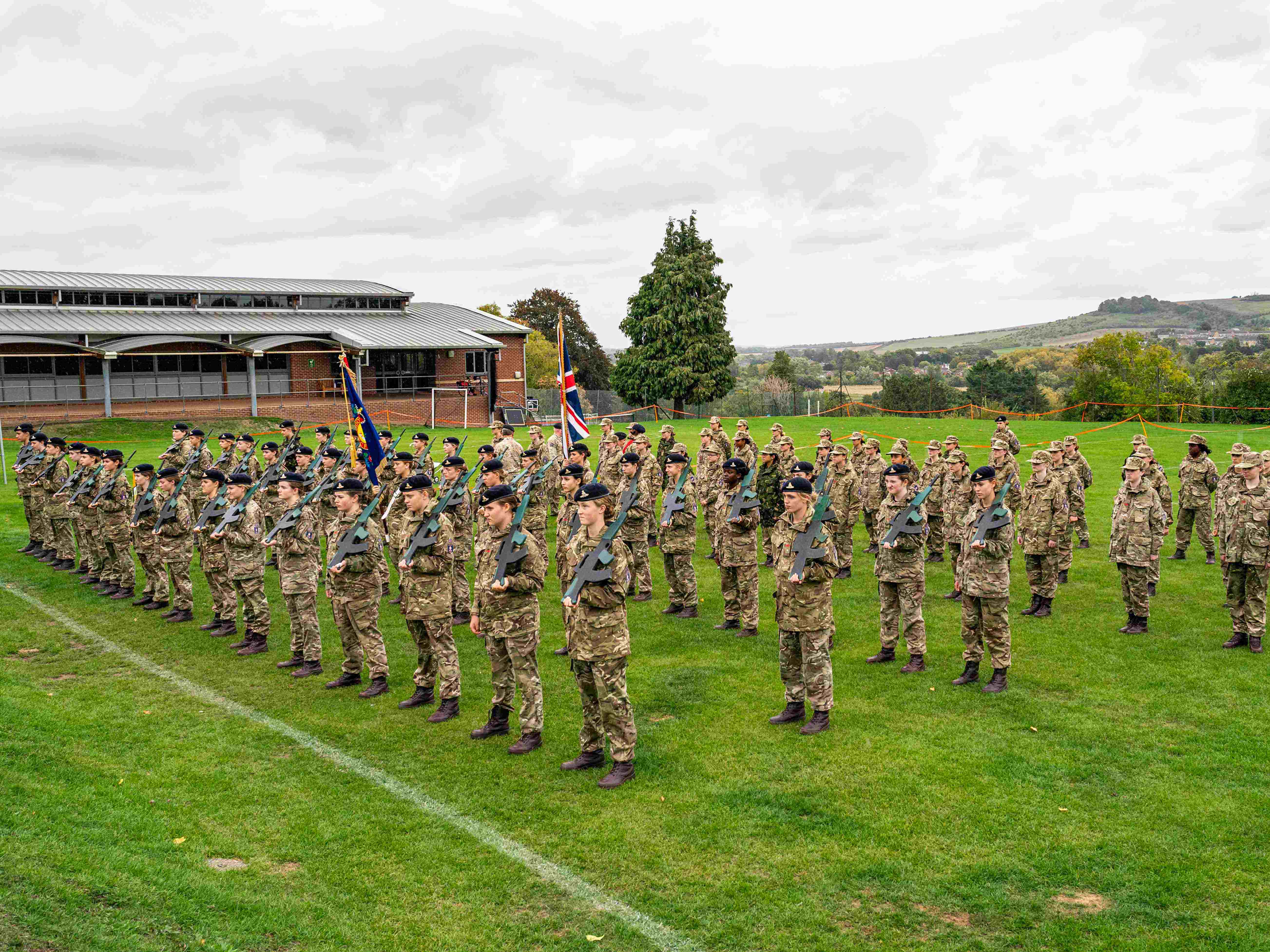 Our CCF Biennial Inspection took place on Friday 30 September 2022. The Biennial Inspection is part of the MoD's continuing assurance process that allows us to have a CCF for the next two years. The Inspecting Officer this year was Colonel Suzy Holmes, the Regimental Colonel of the Royal Corps of Army Musicians.

The day started with fun and games in the form of a round robin of activities, including; laser clay pigeon shooting, a physical challenge (stretcher race), laser combat, a command task, a grenade range (without the explosions!), a patrol lane testing the cadets' observation and memory skills, paintballing in pairs and a spot of climbing by way of the Mobile Climbing Tower.

An edge was added to those activities by making the whole day competitive - with the inaugural Best Section competition taking place. Following lunch, the cadets were on parade, ready for their inspection by Col Holmes. The fourth ​& fifth years were on parade, complete with wooden rifles, to show off their more advanced drill skills, with the third years super smart despite only being issued their uniform last week! The cadets were excellent on parade - steady and smart - and Col Holmes commented on their superb demeanour and confidence when in conversation with her.

Despite the weather in the afternoon, the girls remained resolute and determined, throwing themselves into the activities with enthusiasm.

It was challenging to pick a favourite stand. However, the grenade range certainly proved popular, with our visiting Cadet Training Team commander enjoying the patrol lane. Cadet Bombardier Hill and her section were declared the Best Section.

We are hoping to delay our next Biennial Inspection so that it will take place in 2025 to coincide with the 25th anniversary of our CCF which is certainly an event to celebrate.

Well done to all the students that took part and to all of the members of staff and members of the armed forces who made the day possible.