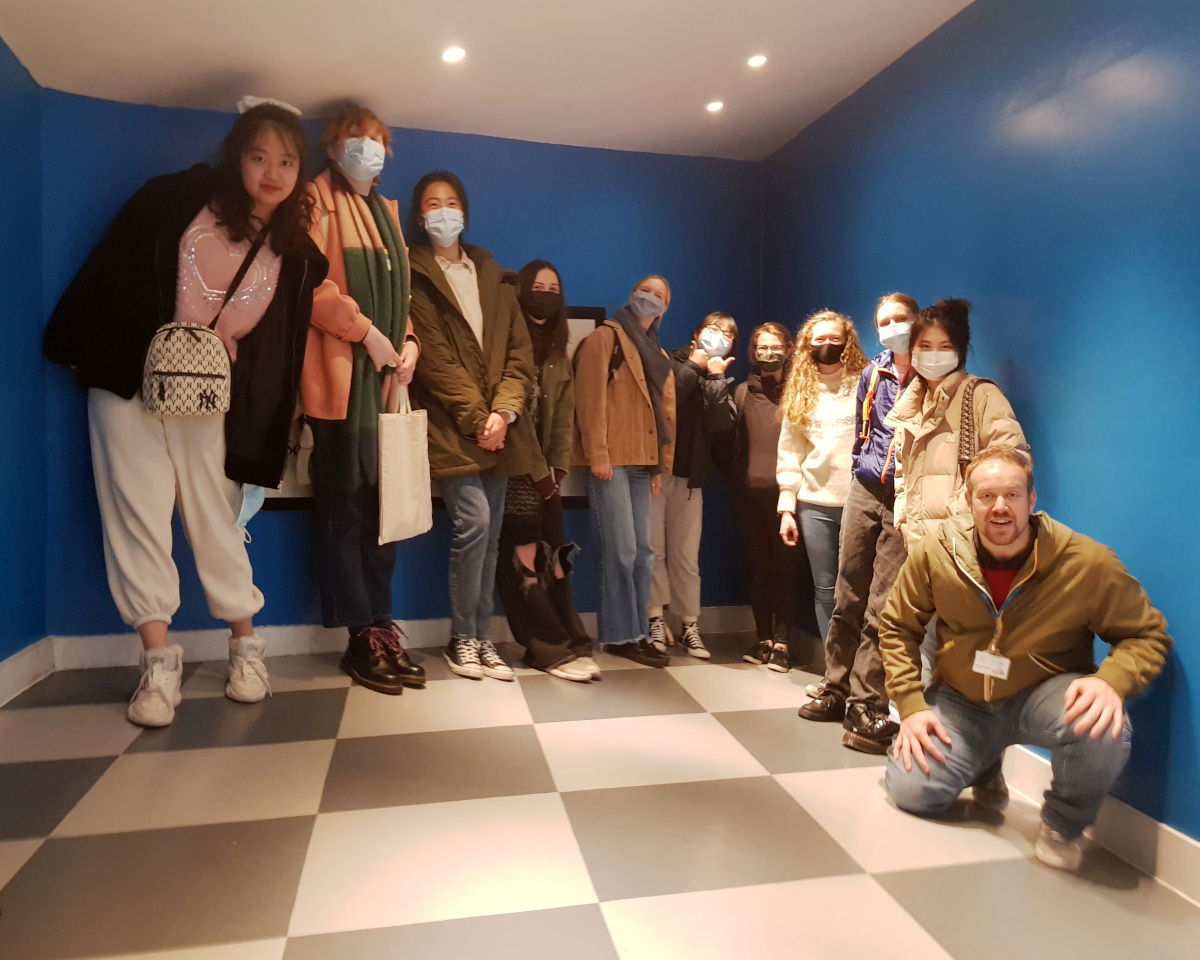 On Sunday 28 November, current and aspiring A-level Physicists went to the Planetarium and Science Centre in Winchester for the afternoon. The highlight of the trip was undoubtedly the virtual tour of the solar system, undertaken in the Planetarium's 360° cinema suite. Elsewhere, students were able to explore other aspects of Physics, and Science in general through the centre's hands-on exhibits and activities. This included a 'forced-perspective' chamber, an analogue of those used in such films as The Lord of The Rings (see photo!)

STEM Skills is back!