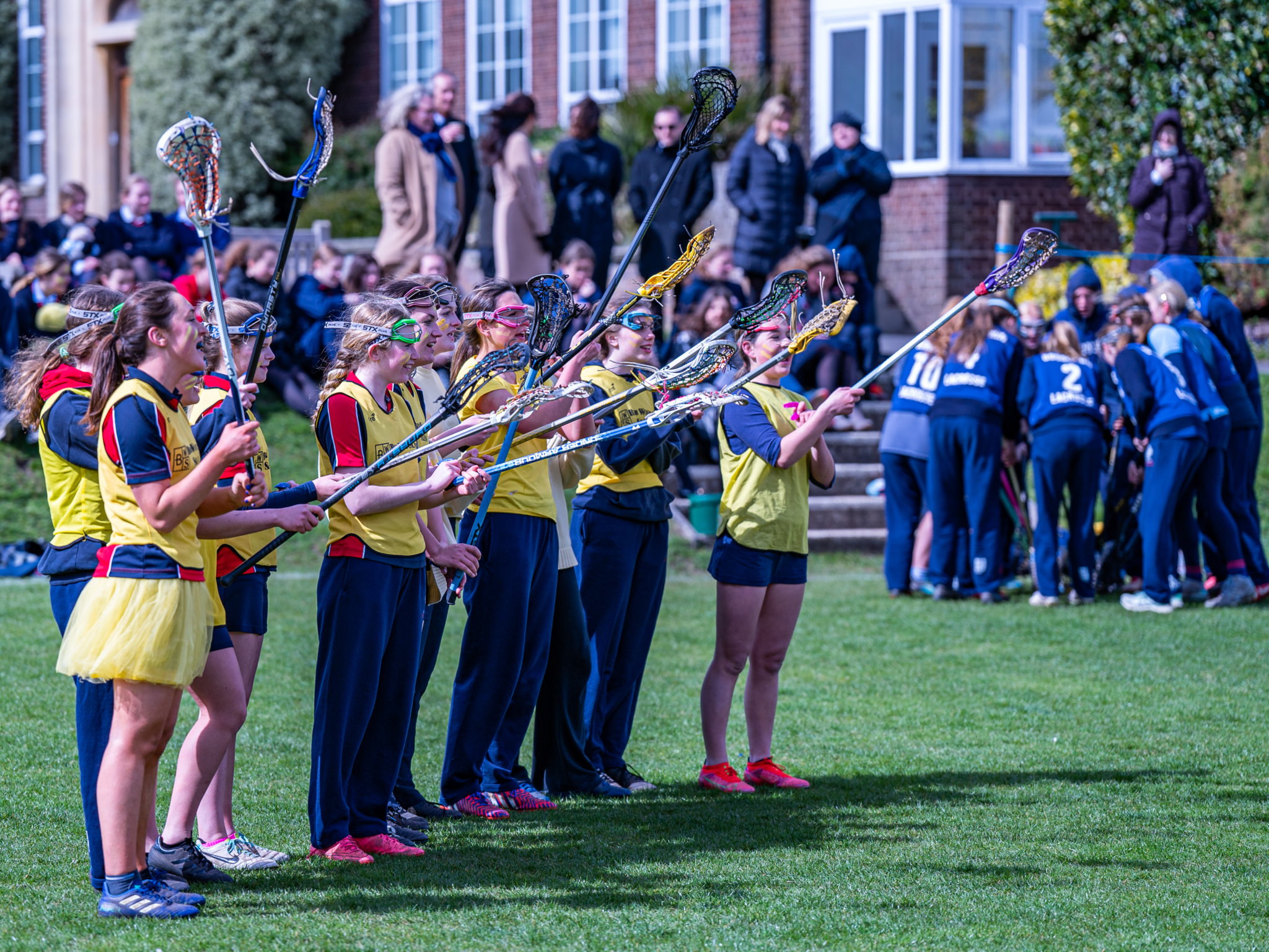 Inter-House sport at Godolphin is always hotly contested, and a brilliant experience for staff and students to taste friendly competition against each other. On the last day of term, following the Confirmation Service at the cathedral, students from Hamilton, Methuen and Douglas competed in a number of sports.

In the Gallery, inter-house table tennis was extremely popular with over 50 students participating for the inaugural event. Overall, Douglas were the winners but perhaps table tennis was the real winner and highlighted the need for more tables in the future! Over at the Sports Hall, over 60 students took part in badminton. Competing for a trophy last awarded in 1978, it was hotly contested with Methuen coming out on top. On the Pool Courts, students participated in the first-ever inter-house basketball at Godolphin. Douglas slam-dunked their way to victory. Down on Pitch 3, another first took place with inter-house touch rugby. This was a particularly feisty affair in which students needed to be reminded it was touch rugby not full contact! This competition was so tight that all matches were drawn. In the end the winners were decided on number of tries scored, with Douglas coming out on top once more.

Up on Pitch 1, the annual highly-competitive inter-house lacrosse took place. This was a fast-paced, high scoring competition with some fabulous performances on display from each of the Houses. Divided into three age group competitions, matches were closely contested. In the end, the First and Second Year competition was won by Douglas, Third and Fourth Years won by Hamilton and the Senior competition won by Douglas.

Well done to all the students who participated and a big thank you to the Sports Department for organising the opportunity for so many students to participate in this inter-house sports event.