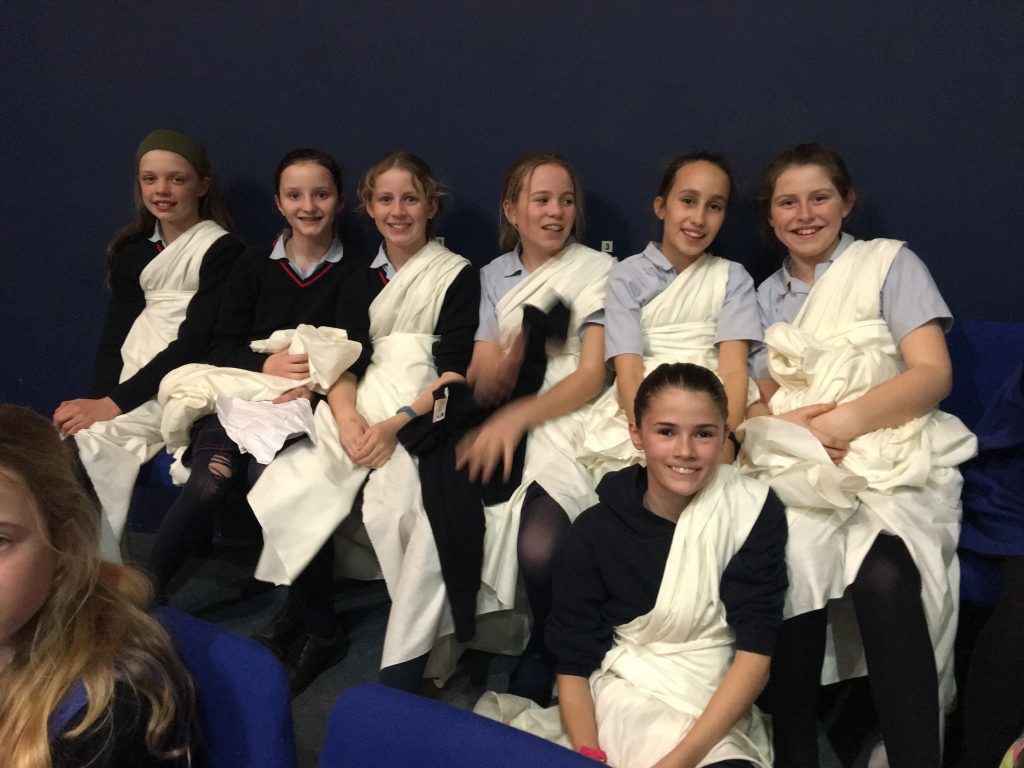 Godolphin School hosted the Salisbury Classical Association’s fifty-fourth annual Latin and Greek Reading Competition with teams from Marlborough, Bryanston, St Mary’s Shaftesbury, Bishop Wordswoth’s and Port Regis participating.  Pupils of all ages read and recited from memory passages by Homer, Sophocles, Virgil, Ovid, Cicero and Horace and performed a Latin play.  We were very privileged to have Mr Andrew Maynard from Eton and Mr John Dant, Head of Classics at Canford, as judges. Ancient texts were written to be recited, and Mr Maynard told competitors of how Virgil stirred great emotion in his audience when he read the Aeneid in front of the Emperor Augustus and his family.  Both judges commented on the high quality of the performances and congratulated competitors on all the hard work they had put in to achieve such excellent results.  Godolphin girls competed in several categories, and we would like to congratulate Eshneha Gurung, Jessie Mungur, Phoenix Ewing, Matilda Whent,  Emily Horsefield, Emily Lomas and Flavia Collyer-Powell who were all awarded prizes.  Well done also to the two teams of first years who performed the Latin play.