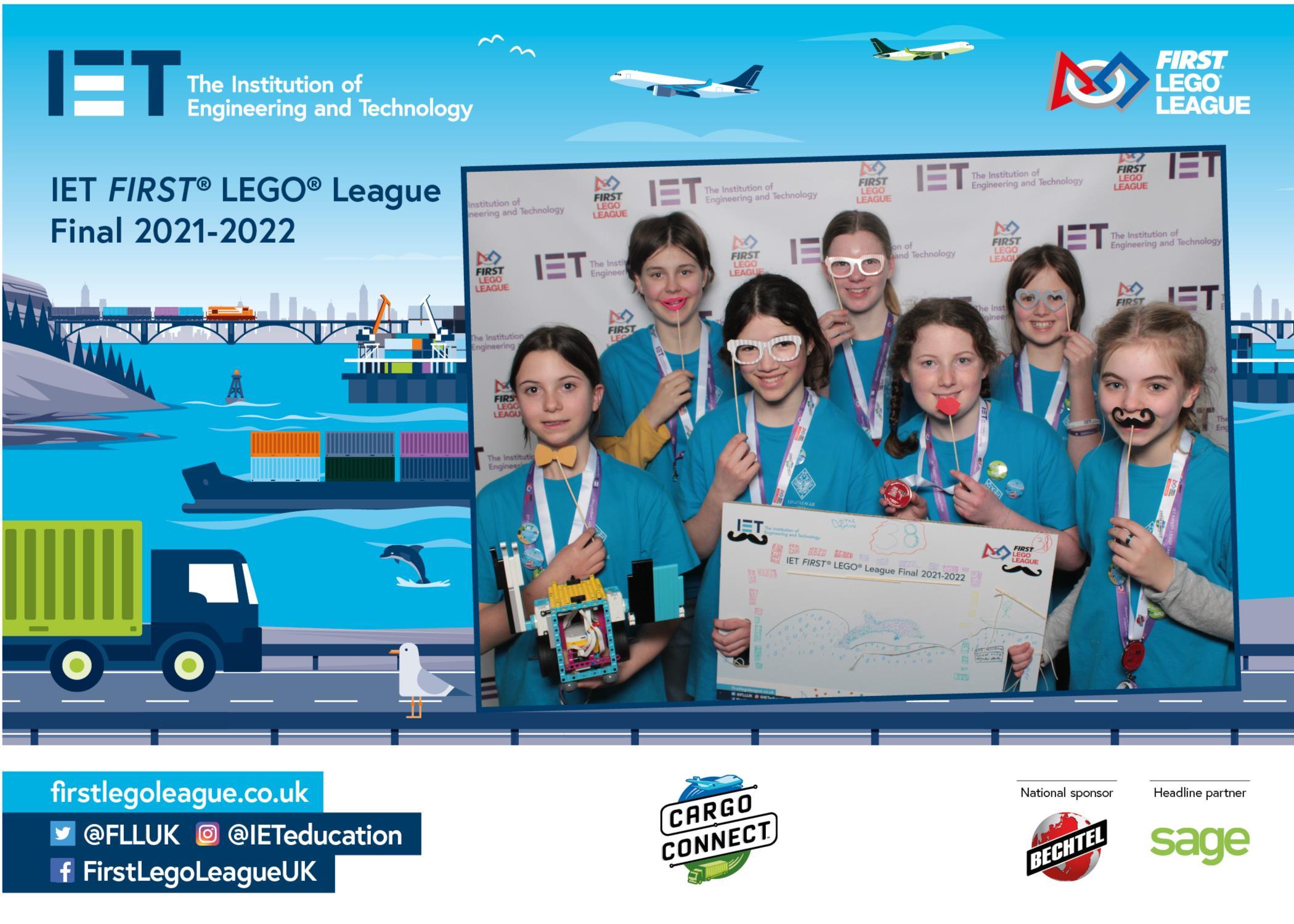 Having won the Oxford regional finals in early January, the ‘Digital Dolphins’ team travelled to Harrogate for the First Lego League national finals during half term. 64 teams qualified for the nationals out of 2,400 entrants, so we were already in the top 2.5% nationally.

The team robot ‘Heidi’ completed three exciting head-to-head robot games with the best score counting. The team also spent 30 minutes presenting to a panel of engineers and taking questions on their innovation project, robot design and programming, plus the ‘core values’ of discovery, impact, teamwork, innovation, inclusion, and fun. This was followed by a live-streamed interview with event TV. The robot games and presentations were interspersed with a range of other challenges, including the Lego Graffiti wall, the box challenge, a treasure hunt, and of course team selfies.

The innovation project – a children’s wetsuit upcycled into a multi-functional Surface Pro carrier won favour with the judges, as we discovered in the awards ceremony. We were delighted to be presented with the First Lego League national trophy for safety, in recognition of the pioneering padding design complete with sponge, memory foam, and oobleck in our innovation project.

Congratulations to the whole team – Lizzie, B, Lydia B, Elsa H, Grace R, Isabella R, Amelia T, and Emma W – all of whom excelled themselves both individually and as a team.