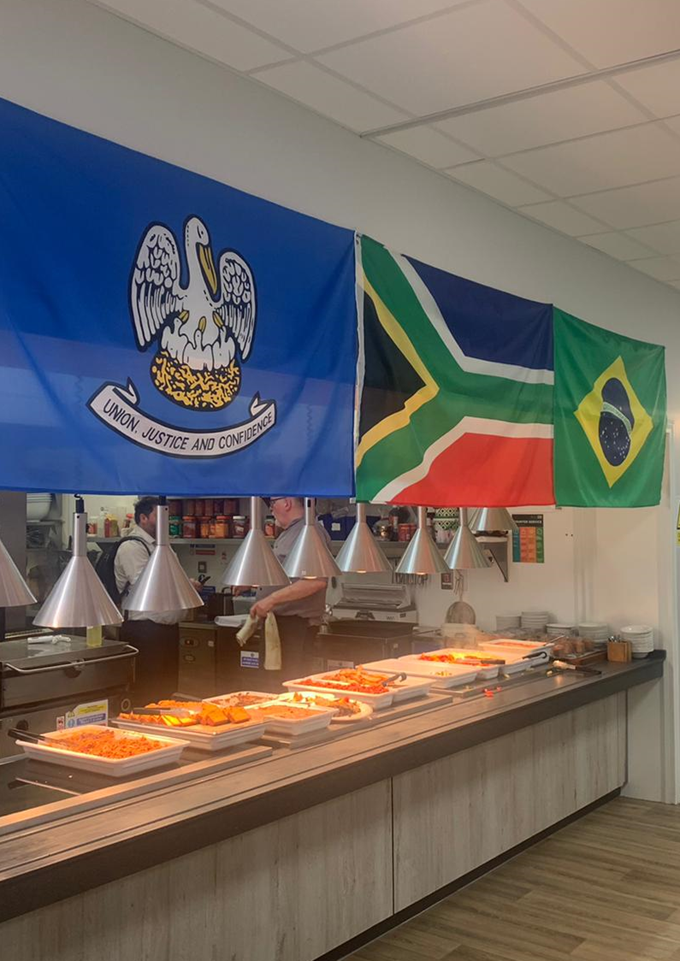 The UN International Day for the Elimination of Racial Discrimination is observed annually on 21 March. On that day, in 1960, police opened fire at a peaceful demonstration in Sharpeville, South Africa, against the apartheid pass laws; 69 people were killed, and 180 were injured. Proclaiming the day in 1966, the United Nations General Assembly called on the international community to redouble its efforts to eliminate all forms of racial discrimination.

The Godolphin Boarding Community marked this year’s theme of “VOICES FOR ACTION AGAINST RACISM”, with our annual International Evening, a celebration of the different cultures within our boarding family. This simple message can be a powerful vehicle to encourage our students to strengthen and consolidate their voices against racism, to voice their opinions and to tell their personal stories in a safe environment.

Following a fabulous feast of dishes from South Africa, Louisiana, Brazil, Italy and France, we enjoyed presentations about eight countries across the globe, from the Bahamas to Malawi. We learnt about food, important places, festivals, music, dance and sports and were treated to a magnificent performance from Ivy on her Pipa.

The UN asks young people to honour this day by learning about other cultures and their customs to get to know and understand others in our world to eliminate racism and here at Godolphin, we did just that!

The countdown to Ten Tors begins!