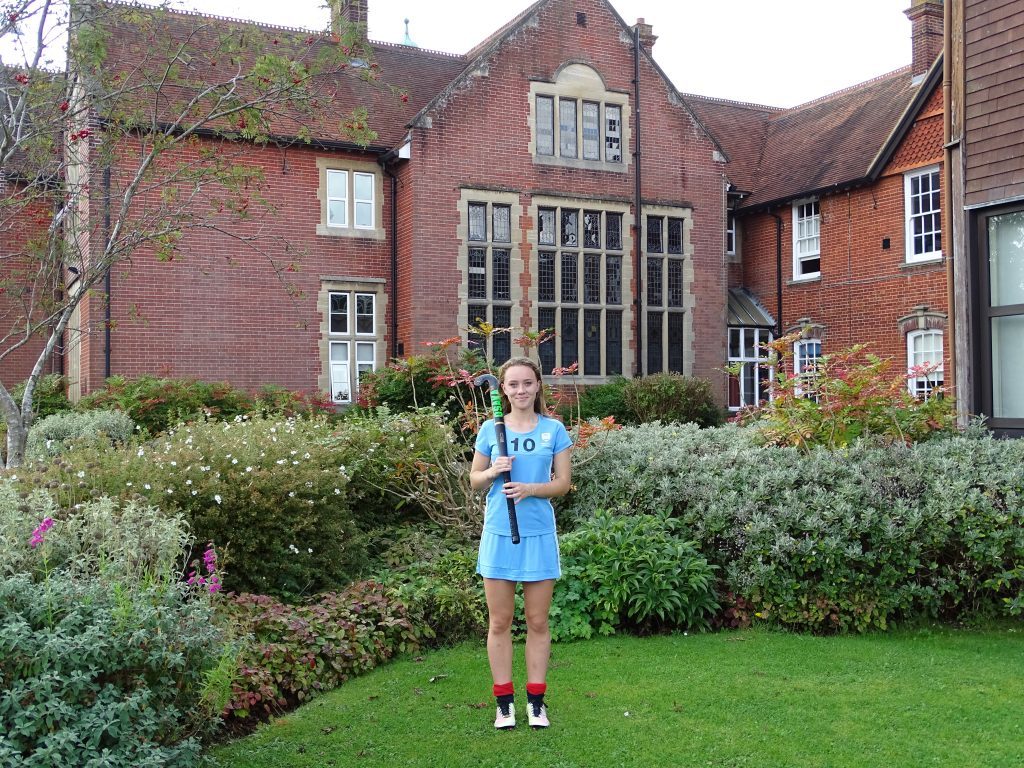 In late August, Issy Viant from the Fifth Year went to Oakland University, St Albans to trial for the National Age Groups at the Futures Hockey Tournament.  She played four days of hockey against Scotland, Wales, North, East, and West England, an amazing experience where she was treated like a top player. This included a strict diet and three England coaches for each team. Every night she and the rest of the girls watched their games back and analysed them to see how to improve. Speaking afterwards, she said, ‘We had a strict routine before every game where we would line up and get our numbers called out just like the Olympics. It was very fancy I loved every single part!’

Whilst she didn’t get through to NAGS (the England squad) she was ranked in the top 72 out of a total of 430 people playing. She has also been given sponsorship by Gryphon hockey.

Director of Sport, Sarah Pokai, said, ‘This is such an amazing achievement for Issy and I have encouraged her to keep striving, even though she didn’t get through all the way the first time. Well done!’