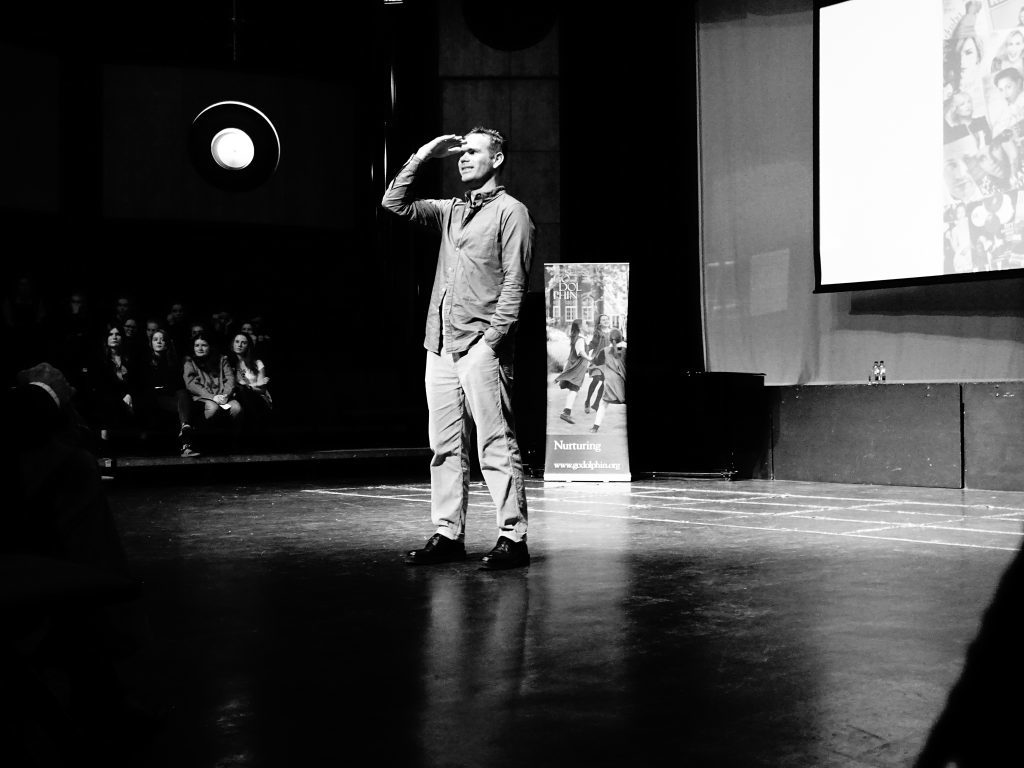 The School was full of aspiring feature writers following Giles Hattersley’s opening talk at the Godolphin Literary Festival 2017.    He grabbed everyone’s attention with his tales of interviewing stars ranging from Mary Berry to Ariana Grande in his years as chief interviewer at The Sunday Times.  When the newly appointed Features Director of Vogue let slip that one of his early interviews had been with Justin Bieber, the teenagers in the audience sat up, and his many anecdotes about different celebrities’ behaviour amused all ages.  He describes his new role on Vogue, under the new editor, Edward Enninful, as his ‘dream job’ and the questions that followed proved that he was selling the world of journalism well.  Our Careers’ Advisor, Mrs Ferguson, should be warned!