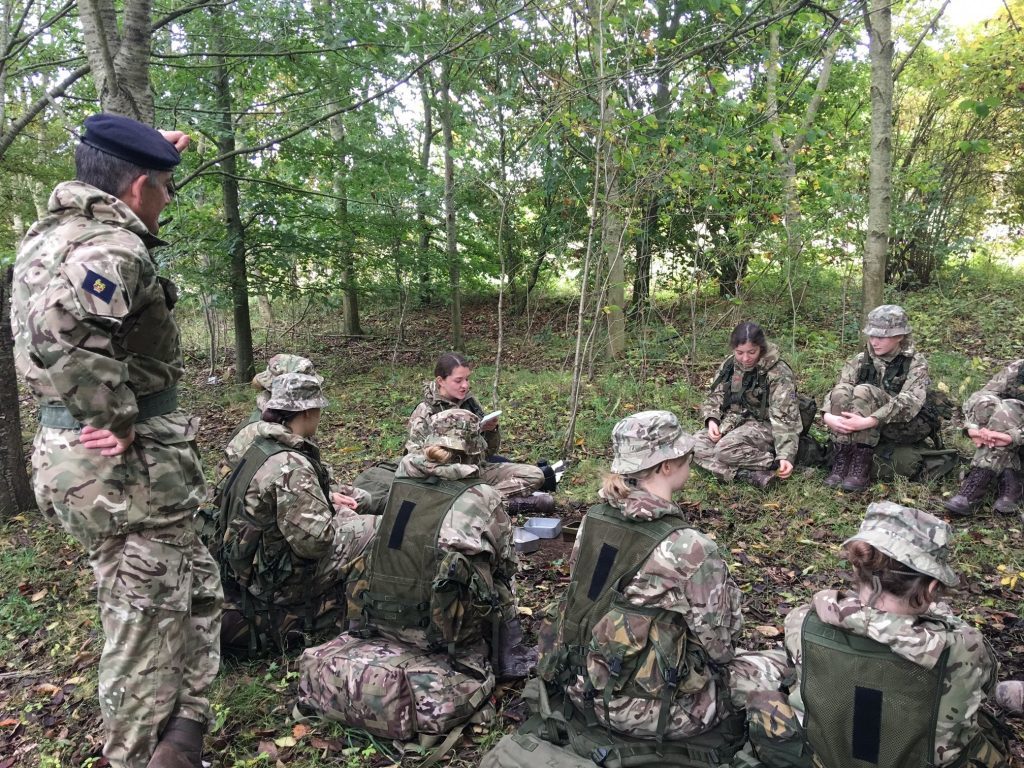 Our Cadet Force has grown considerably in recent years, with almost 80 girls signed up.  On Friday, they had their Biennial Inspection and were delighted that General Pope was able to visit and see them training.  They then spent the weekend on Salisbury Plain, preparing ‘bashers’ and then sleeping outside.  They learned about urban warfare and threw themselves into an obstacle course which involved lots of underground as well as overground manoeuvres.