A weekend of Drama 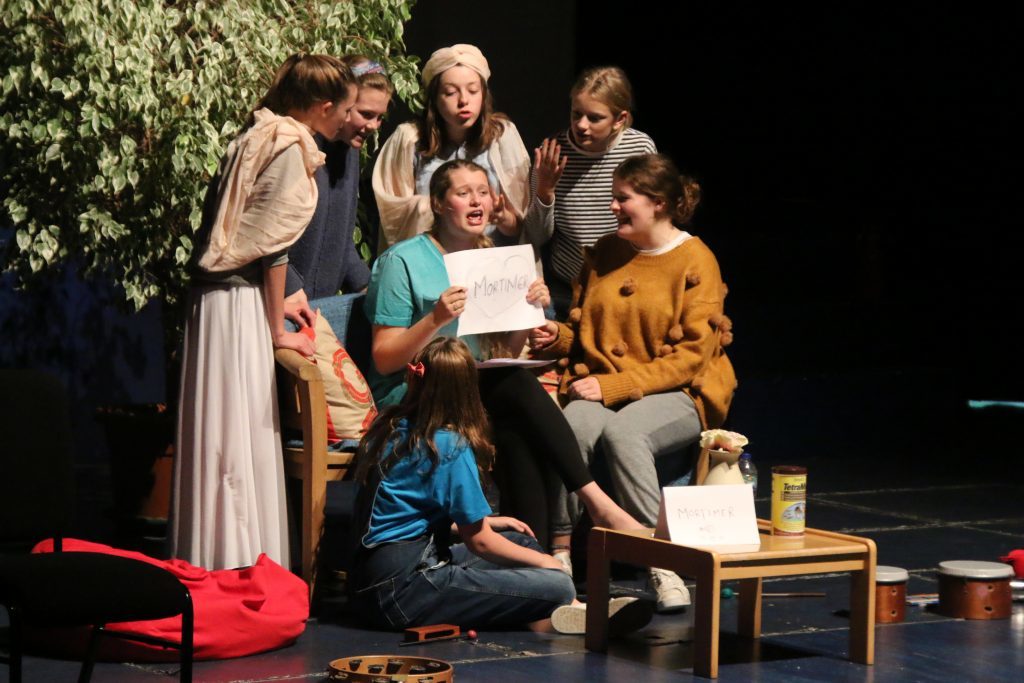 On 14 and 15 October, the Drama Department held its annual Scholars’ Weekend. This is a chance for the Drama scholars from across the years to come together and work on a group project over the course of the weekend, which gives them the chance to learn some new skills and create practical work to a high level. This year was no exception, as seven scholars spent the two days working on the creation of character, exploring naturalistic Stanislavskian technique on the first day – essentially creating psychologically truthful characters from scratch – and then devising performance material on the Sunday.

The starting point for the weekend’s work was the John Betjeman poem ‘Felixstowe’, and from this the Scholars each created individual characters as a response to themes or language found within it. By 16.30 on the Sunday, they were ready to present their work in progress performance, which played to an audience of about 30 people and was very well received. A comic story of three couples and the unusual issues they face, the performance was engaging and skilfully communicated, especially given the short amount of time that was given to its creation.

All in all, a very successful weekend that showcased the talents of our leading dramatic students!