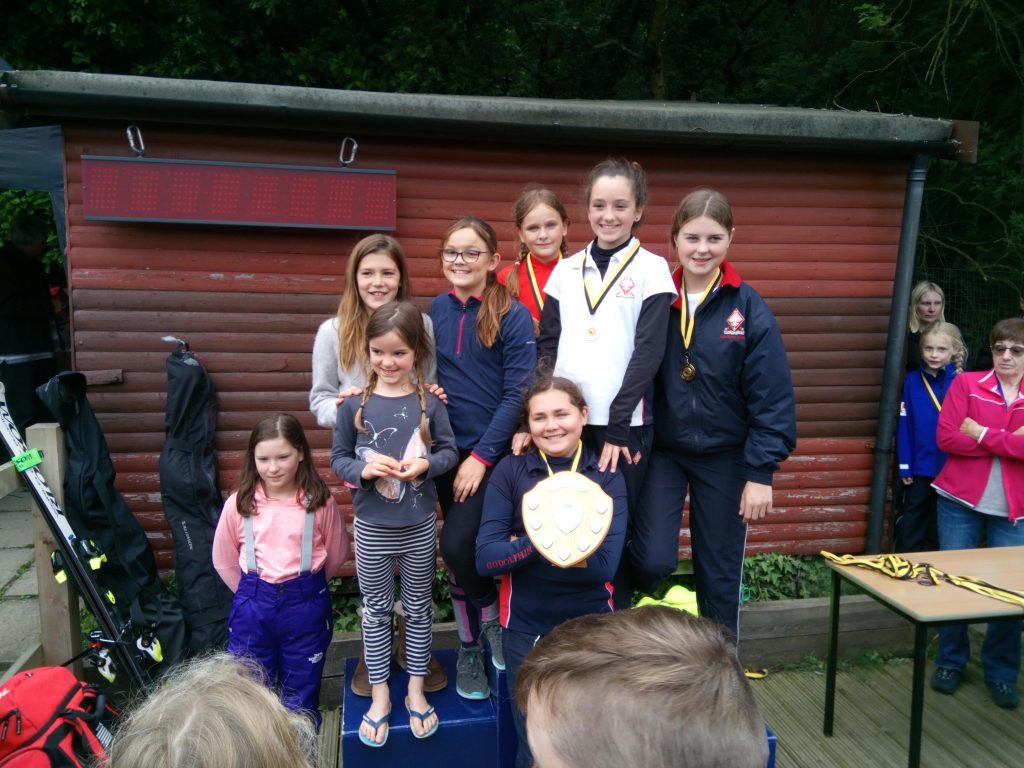 On Sunday 17 June, Godolphin’s Ski team took part in the Southern Schools Open organised by the Southampton Area Ski Association (SASA) at Alpine Snowsports Southampton. Godolphin had two teams of four girls representing the school. A girl from the Prep team, Zara, was fortunate enough to join Godolphin’s Senior team and she took the challenge willingly.

The Prep team were all first time racers and despite a few nerves each girl skied two clean rounds in times they can be very proud of. The definitely earned their ‘1st time racer’ medals. The Senior team all skied well on their second run and brought home Gold medals and the CAT 3 shield.

As you can imagine the girls and parents of both the Prep and Senior teams have a whole new enthusiasm now they know Godolphin potentially has two ski teams. With that in mind the Senior team organisers, Mr White and Mrs Smith hope to take two teams, one Prep and one Senior to the following races: