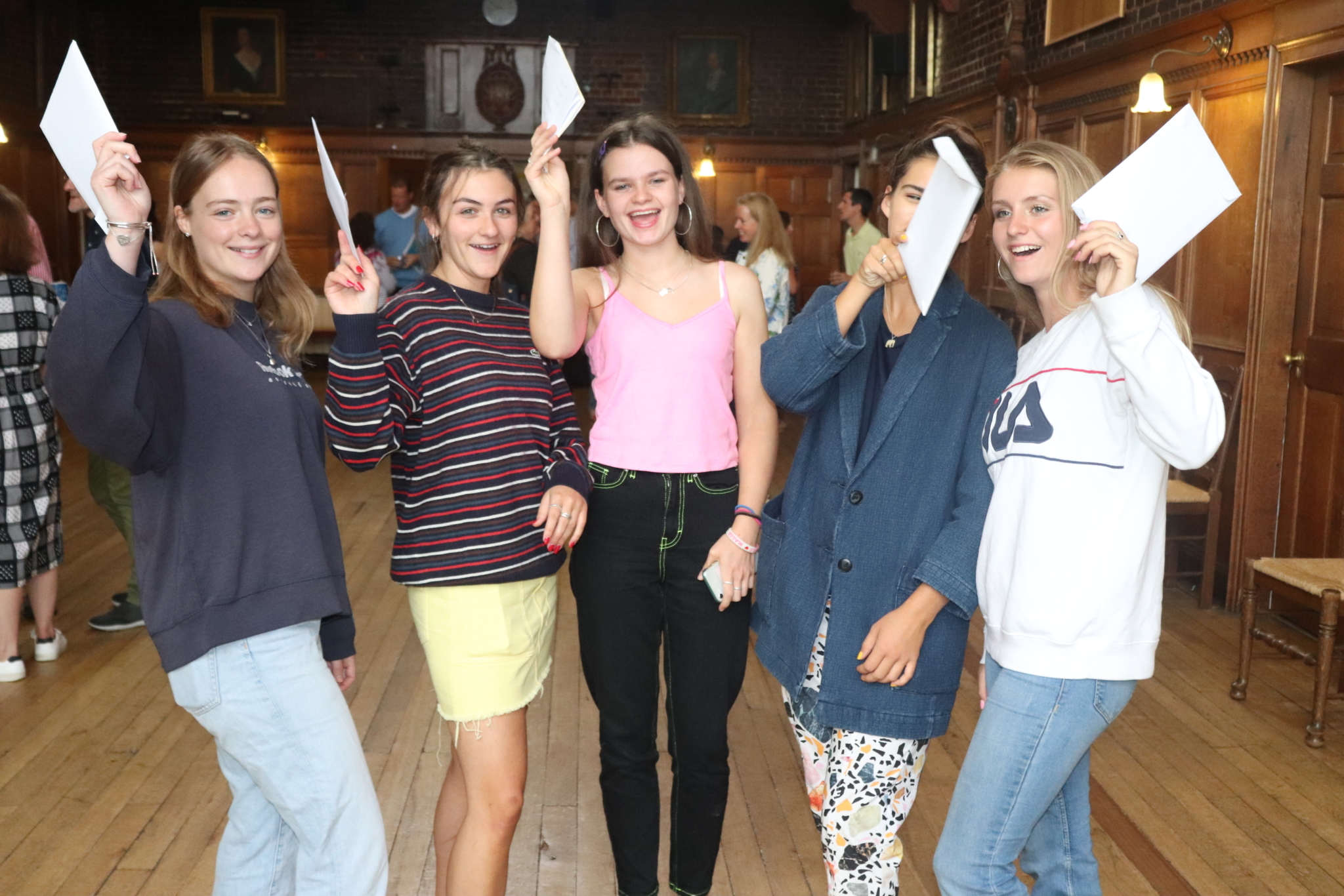 Godolphin is celebrating another excellent set of A-level results for our Upper Sixth. Overall, 6 in 10 grades were A*, A or B with the A* rate holding up well. In addition, in the first year of results, three quarters of BTEC grades were Merit or above.

“This particular cohort of students has performed incredibly well and I congratulate them all. Alongside their success it is important to acknowledge the support and guidance provided by staff and parents as this can make all the difference” said Head, Emma Hattersley.

Notable successes were Lucy He (four A* grades and an A), Alex Holmes (two A* and an A, going to read Classics at Oxford), Pollyanna Blythe and Alice Sullivan (two A* and an A), Ffion Leeman, Sophie Du Ry and Emily Horsfield (A* and two A grades), Isabella Baker (A*, A, B) and Rosalie Luo (A*, A and two B grades). Congratulations also to 2018 Godolphin alumna Abi Eagles who is going to read History at Cambridge having shown great determination in reapplying this year.

Emma Hattersley said, “these grades together with all the wider benefits of being part of the Godolphin community enable our students to make a success of further study and indeed life in general. I am confident their education enables them to be responsible and compassionate individuals, positive about their prospects and most importantly, willing to contribute to society.”