"An evening full of humanity, political insights and a belief in the potential for change " 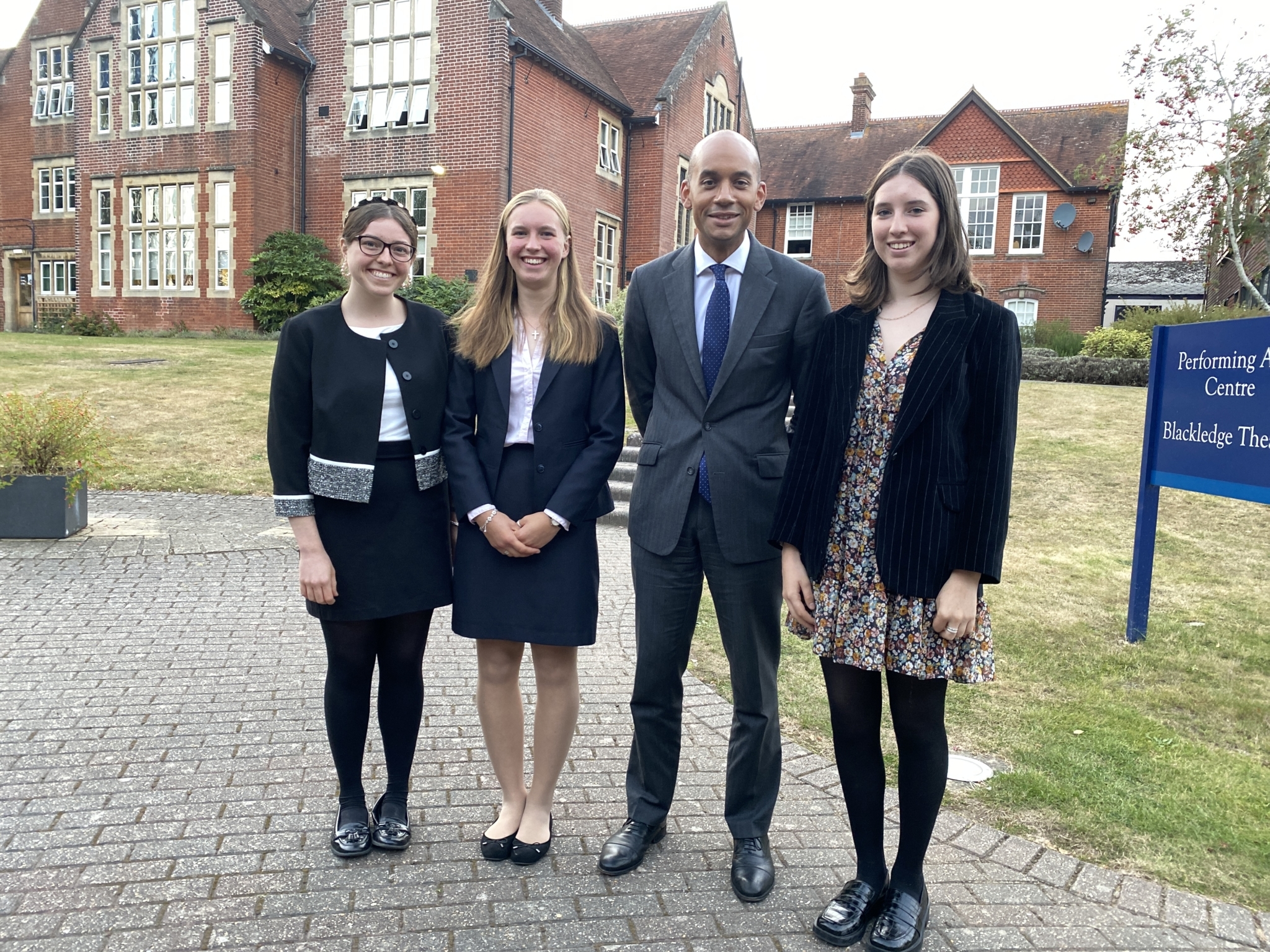 Chuka Umunna’ s eloquence and honesty endeared him to his audience at the first of this year’s Inspiring People series of talks. In conversation with Mr Dain, the former Labour Shadow Business Secretary modestly laughed off the challenge of the series’ title, but, of course, delivered an evening full of humanity, political insights and a belief in the potential for change. It was refreshing to hear rational and considered views so clearly expressed, as Mr Umunna discussed how the votes he had cast and decisions he had made were based on what he felt was morally right for the country and society as a whole, whether it was the Brexit debate, the war in Afghanistan or the 2014 failed takeover bid of Astra Zeneca by Pfizer. He gave us fascinating insights into policy-making in the corridors of power, but he also spoke of the personal cost of serving the country. While challenging the public’s unrealistic expectations of politicians and acknowledging the more chilling aspects of racism, trolling and press intrusion into their lives, he called for people of wide-ranging experience and backgrounds to refresh British politics. Having been widely tipped as leader of the Labour party himself, he withdrew from the race in a move to save his loved ones from unwanted press scrutiny. After politics, he returned to the city and is now at JP Morgan, one of the world’s leading banks, where he advises global companies on environmental and sustainable issues. He spoke of the role of the private sector in finding a just resolution to the call for action on climate change, warning that the tactics of activists such as Extinction Rebellion alienate those in the position to effect change.

As a man whose teachers had dismissed him as unlikely even to aspire to university, he left us with a powerful and inspiring message about the need for self-belief and never to let yourself be told what you could do or think.

A great weekend and championship success for our U18s Lacrosse teams!

Students find out more about a career in the RAF