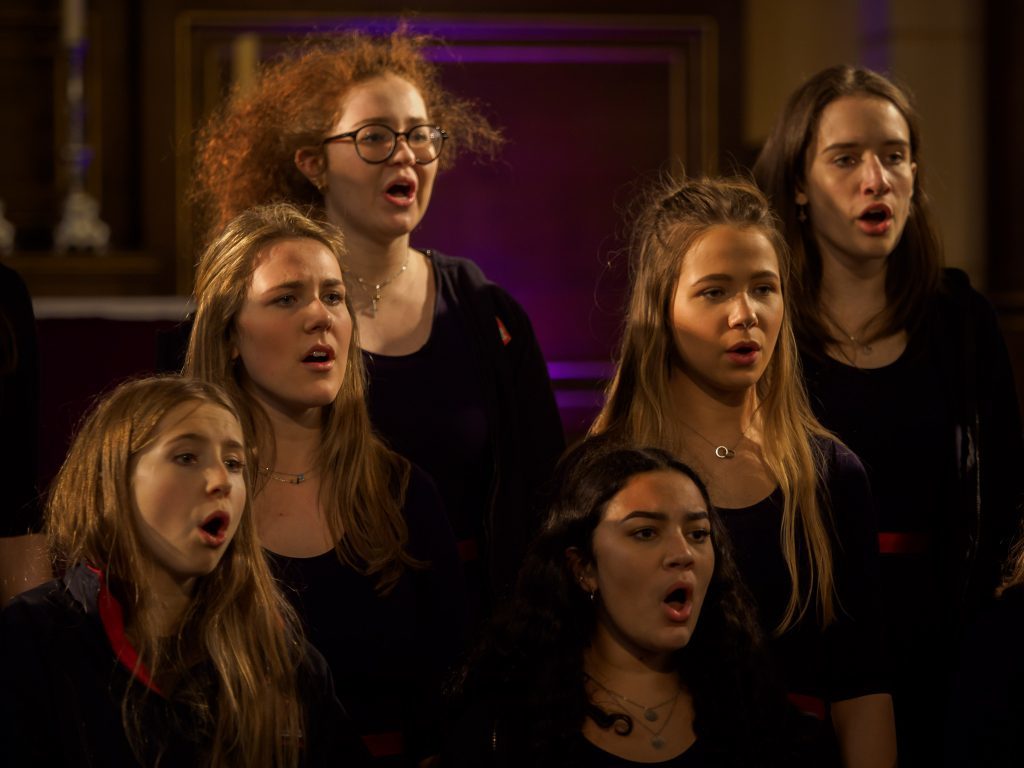 The contrast between the hustle and bustle of Covent Garden and Leicester Square on a Friday night, and the peace and quiet of St Paul’s Covent Garden, was magnified when the Godolphin Vocal Ensemble started their performance in front of an almost capacity audience.

Billed the “Angelic Voices” as part of the Brandenburg Festival, the Vocal Ensemble lived up to the name. Their magnificent singing was interspersed with piano solos performed by Mr Christopher Guild, including The King of France written by Judith Weir, Master of the Queen’s Music. It was a privilege to have Ms Weir in the audience, although it may have made Mr Guild a little nervous! Also in the audience to hear the London premiere of her work was Carol Jones who wrote All Shall Be Well which was performed in full by the Vocal Ensemble at the International Women’s Day service at St Thomas’s Salisbury last March. The girls also performed the world premiere of Lux Aeterna written by Mrs Olivia Sparkhall, Director of the Vocal Ensemble, specifically for the 2018 International Women’s Day service.