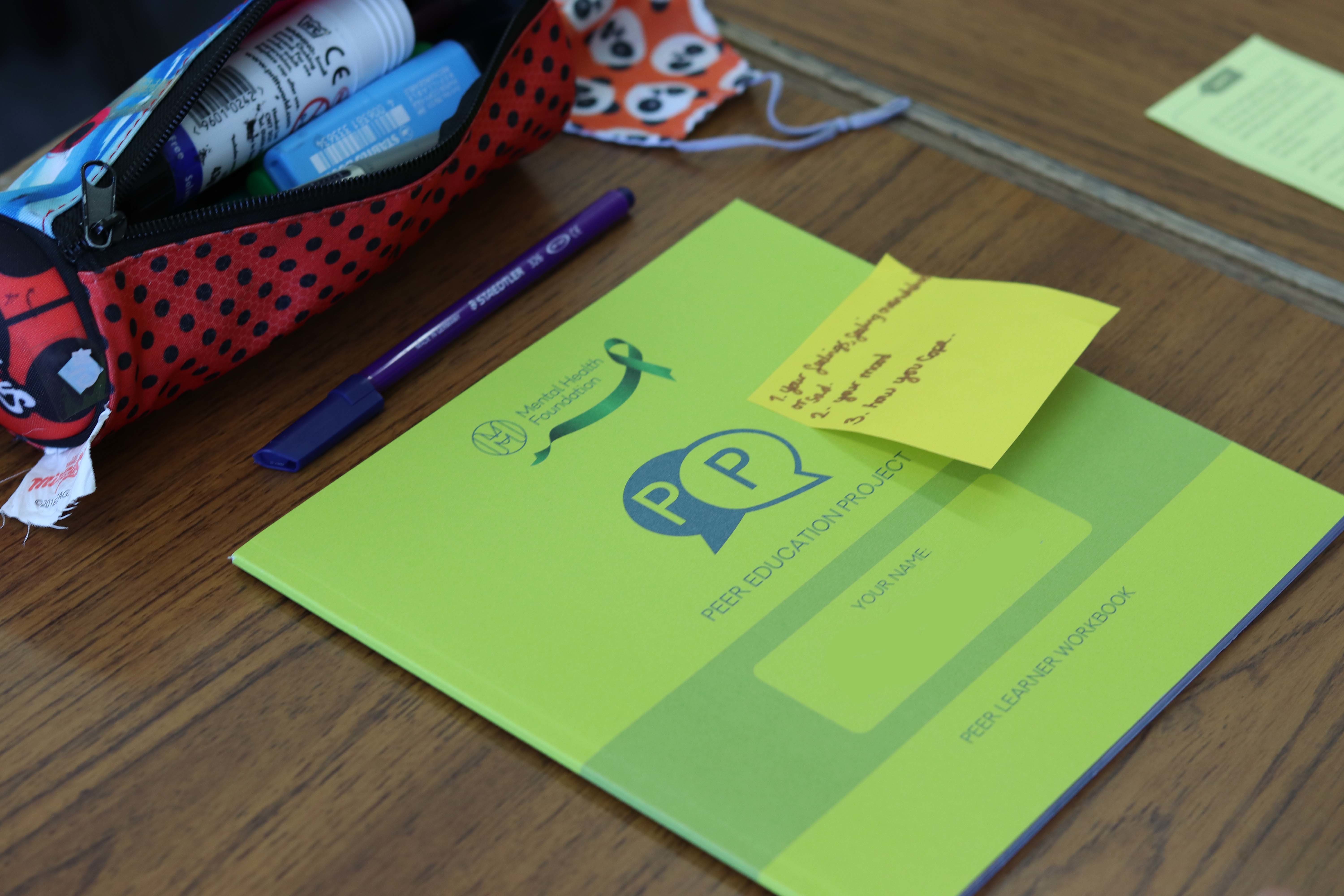 This week the Lower Sixth girls took part in the Peer Education Project(PEP). During the day, we were teaching both First and Second years about mental health and ways in which they can keep themselves well and mentally healthy.

Following on from our training day before half term, some of us took up the role of teaching the First and Second years about mental health, which was both a new and slightly daunting task for us all. Nonetheless, we taught two lessons teaching the girls about different forms of mental health, as well as informing them of the myths and stigma that surrounds mental health, today.

As well as the taught lessons we also organised, some other wellbeing activities such as nail painting, rounder's, sing-alongs and self-defence. All of these activities highlighted at least one of the five different ways to positive wellbeing, which was the main principle of the day.

In order to make the boxes, we gave the girls examples of different things that they would put into their boxes such as, activities, pictures, drawings, again inspired by the five ways of wellbeing.

With this, the girls made their own unique mental health first aid kits, personal to them. They were able to write down specific activities that will make them happy such as crafts or any hobbies they may have. As well as ways to be active: doing sports or even going on a walk with their dog.

From this day I think we can say that we have all gained a huge amount, in regard to learning more about mental health ourselves, as well as having a privilege to educate the young girls about how the world is changing and how mental health could and should be perceived. We were also able to show our knowledge and give the skill some positive and powerful skills.

In addition, the Lower Sixth has also gained an insight into different forms of mental health and how we can help others as well as passing on this message to the younger years.

To conclude, the PEP was much enjoyed by the whole year group, not just for the teaching aspect, but also in regard to getting to know the younger girls as well as them getting to know us. With both aspects being just as rewarding as one another and resulting in an all-around much enjoyed day.