Match Report: U15 Cricket vs Canford 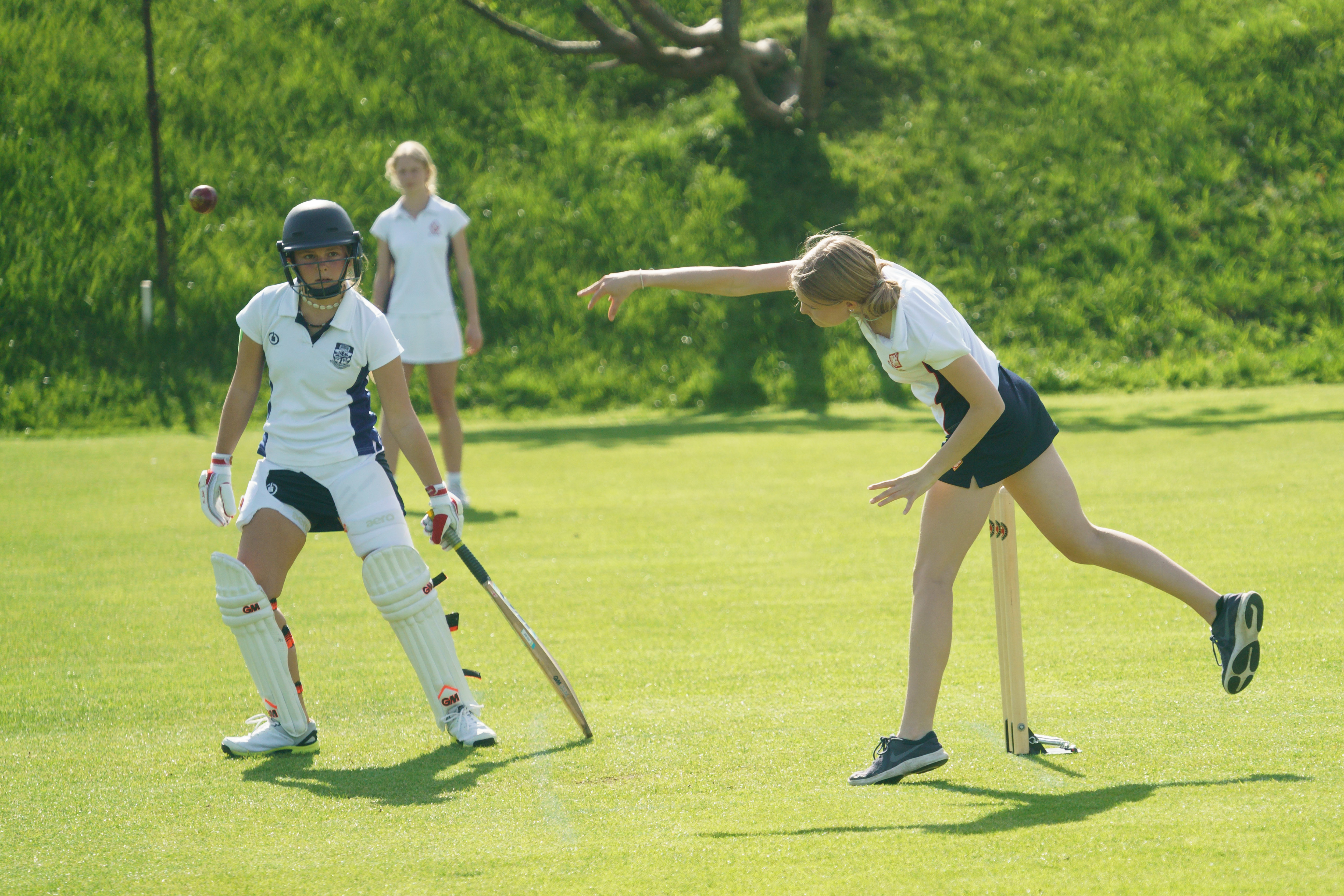 Fielding our extracurricular club team, captain Isabella Morgan elected Godolphin should field first and that decision looked strong when, in the first over, Daisy Andreae took a good caught and bowled and Canford were 4 – 1. This was the first of three catches for Daisy, Eliza, and Matilda being the bowlers for the other two wickets, while Grace Wilby took a catch at wicketkeeper off the bowling of Millie Corbin. Pollyanna Jones bowled one person out, with Tess Williamson Jones the tidiest bowler with only one run hit off her two overs. Canford ended on 98 – 5.

Our opening batters of Millie Corbin and Grace Wilby put on 27 in the first five overs, Grace top scoring with 15, but then wickets fell steadily despite valiant resistance from Pollyanna and a 6 hit by Imogen Baker. Matilda Swanton swatted a few balls powerfully and looked like she might win the match, but she was caught on 5, the team totalling 94 for 7: a very close-run match.