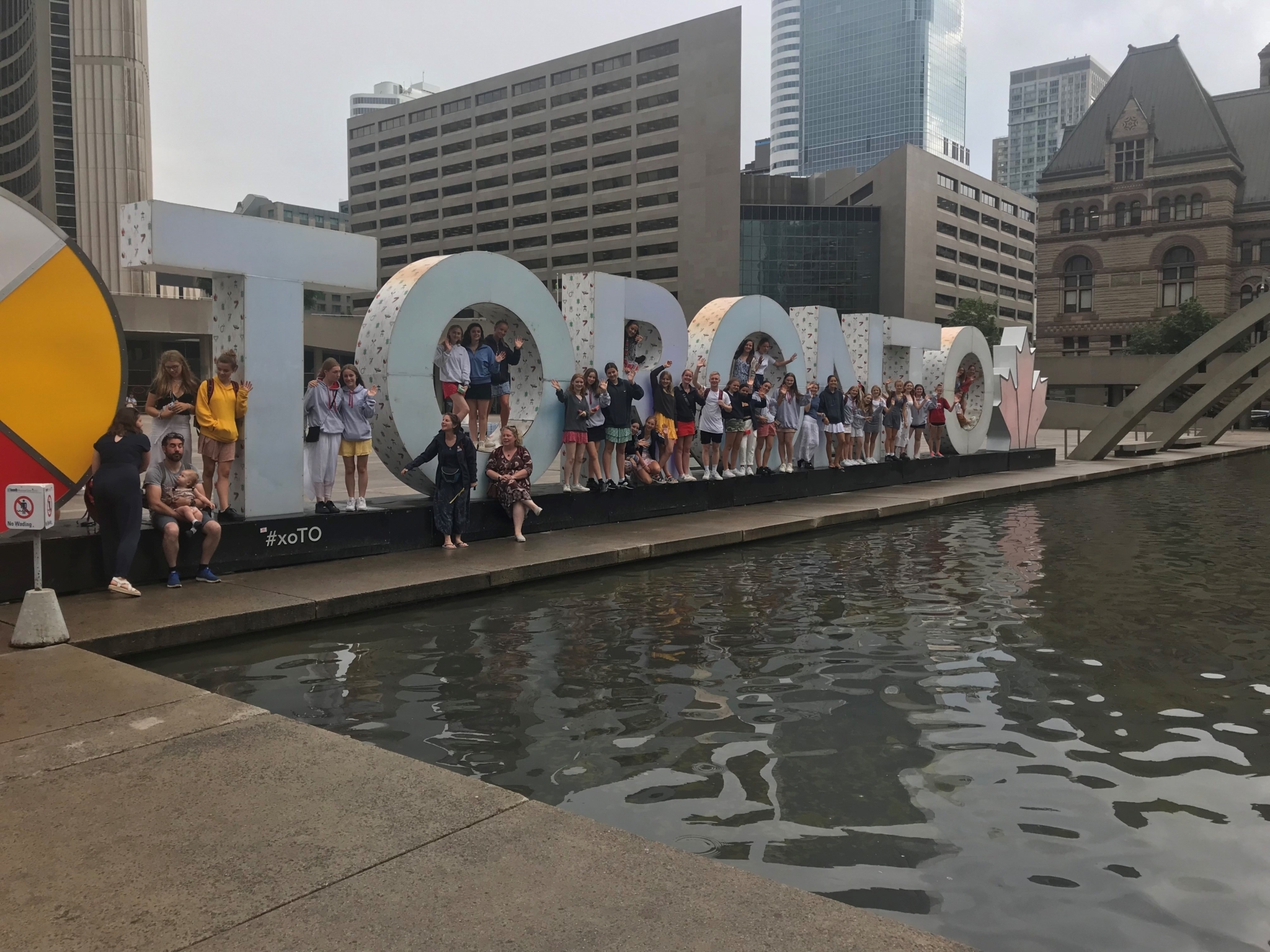 We arrived in Canada and hopped straight onto a coach to our first accommodation. Throughout most of the tour we stayed in university halls which were very close to where we played and also places we visited.

The CN tower was incredible, and I think much higher than a lot of us expected! In our first few days, we had a coaching clinic from two amazing Canadian players who were very experienced having played internationally and coached many other teams. One massive highlight was our trip to Canada Wonderland, with many girls going on the tallest, steepest and probably scariest rollercoaster in the world.

We had a really good first game against Oshawa and despite losing, it was a brilliant opportunity to play a very talented team. Afterwards we headed to Peterborough where the lacrosse festival which was being played alongside the U19 Lacrosse World Cup. It was a very tough tournament and we came away with a few wins and really bonded as a group, even letting Mrs Pokai teach the England U18s a dance routine between games! We also managed to watch a lot of World Cup games, including Kenya beating Belgium which was really incredible, particularly special given that the Godolphin girls had helped to teach some of them, and Miss Trentham was their head coach. One of the best parts of the tour for me was watching the England team come so close to beating Canada in their semifinal.

It was great to see all of the support they had and how impressive the players were. On our final two days we went to Niagra falls and stayed in a hotel which excited everyone, mainly because of the comfortable beds! Our trip into the falls was so much fun although we almost missed it because of the buffet breakfast! All the teachers were amazing and always seemed to have a smile on their faces no matter what the weather was doing or how loudly we were singing on the bus and it is a trip I will remember for the rest of my life.

Photos from the tour can be found here.