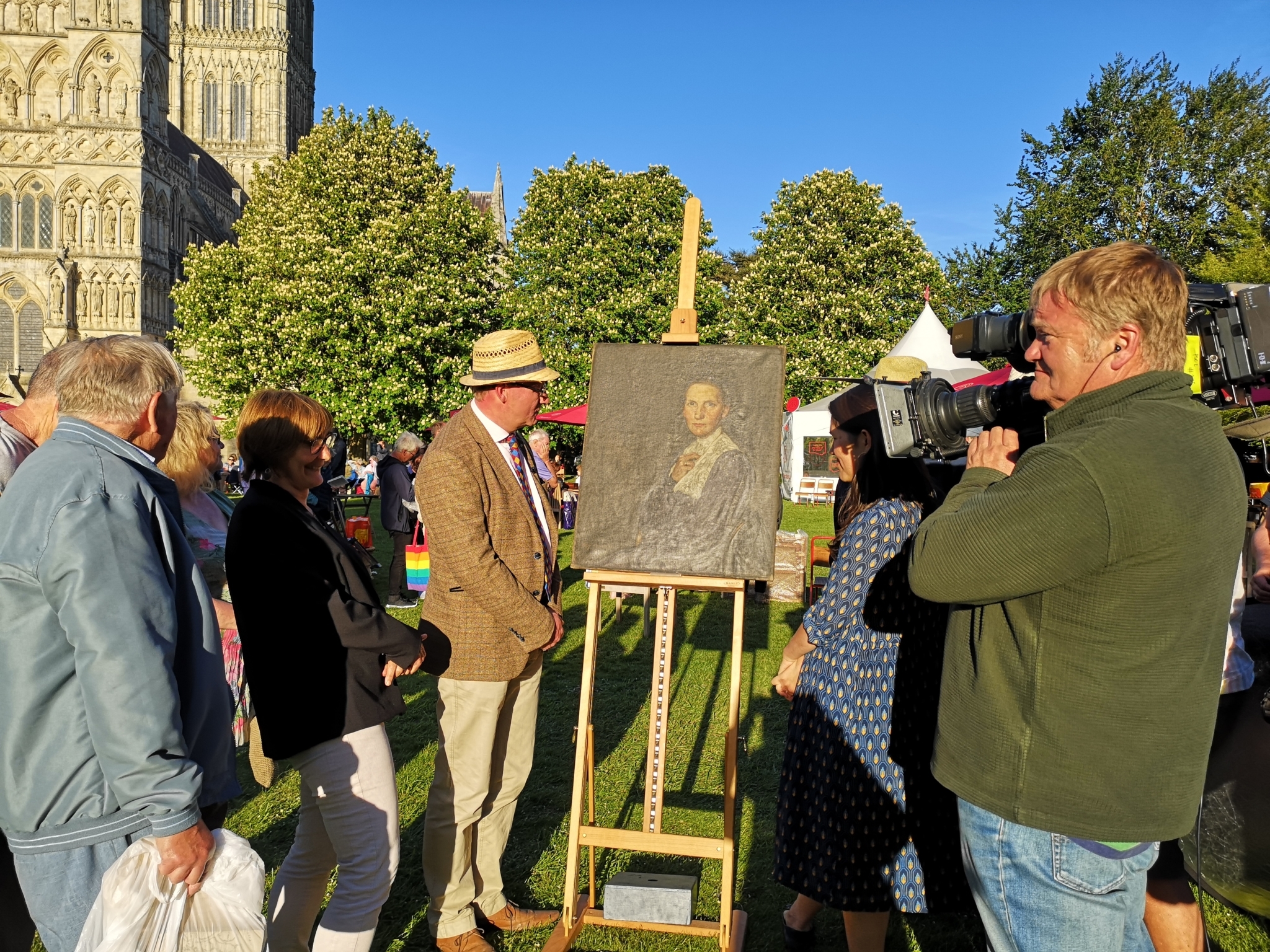 Richard Clarke and Moyra Rowney took along several examples of artwork the school holds to the BBC Antiques Roadshow in the grounds of Salisbury Cathedral on Tuesday 14 May.

Along with hundreds of others, they queued for their chance to speak to Frances Christie, Senior Director and Head of Department at Sotheby’s. They showed her three charcoal and pencil sketches by Dorothy Harvey-Jones and a portrait of Miss Jerred, Headmistress 1940 to 1958 painted by Henry Lamb in 1950. They also showed her a painting of Miss Mary Alice Douglas, Headmistress 1840-1920 painted by Sir William Nicholson in 1909.

As soon as it was out of its protective covering, Frances Christie immediately took it to the other painting experts, after twenty minutes of discussion she came back to say it was a fine example of Nicholson’s work and that they would like to film it.

The interview and discussion about the painting of Miss Douglas by William Nicholson took an hour to film. Frances explained that Sir William Nicholson was encouraged by Whistler, in 1900 to concentrate on painting. Nicholson was one of the most singular artists of his generation, distinctive and highly original in the manner in which he approached painting albeit conservative in his subject matter - his work encompassed still life, landscape and portraiture.

Then Frances revealed the valuation..

You will have to tune into the episode to find out about that.