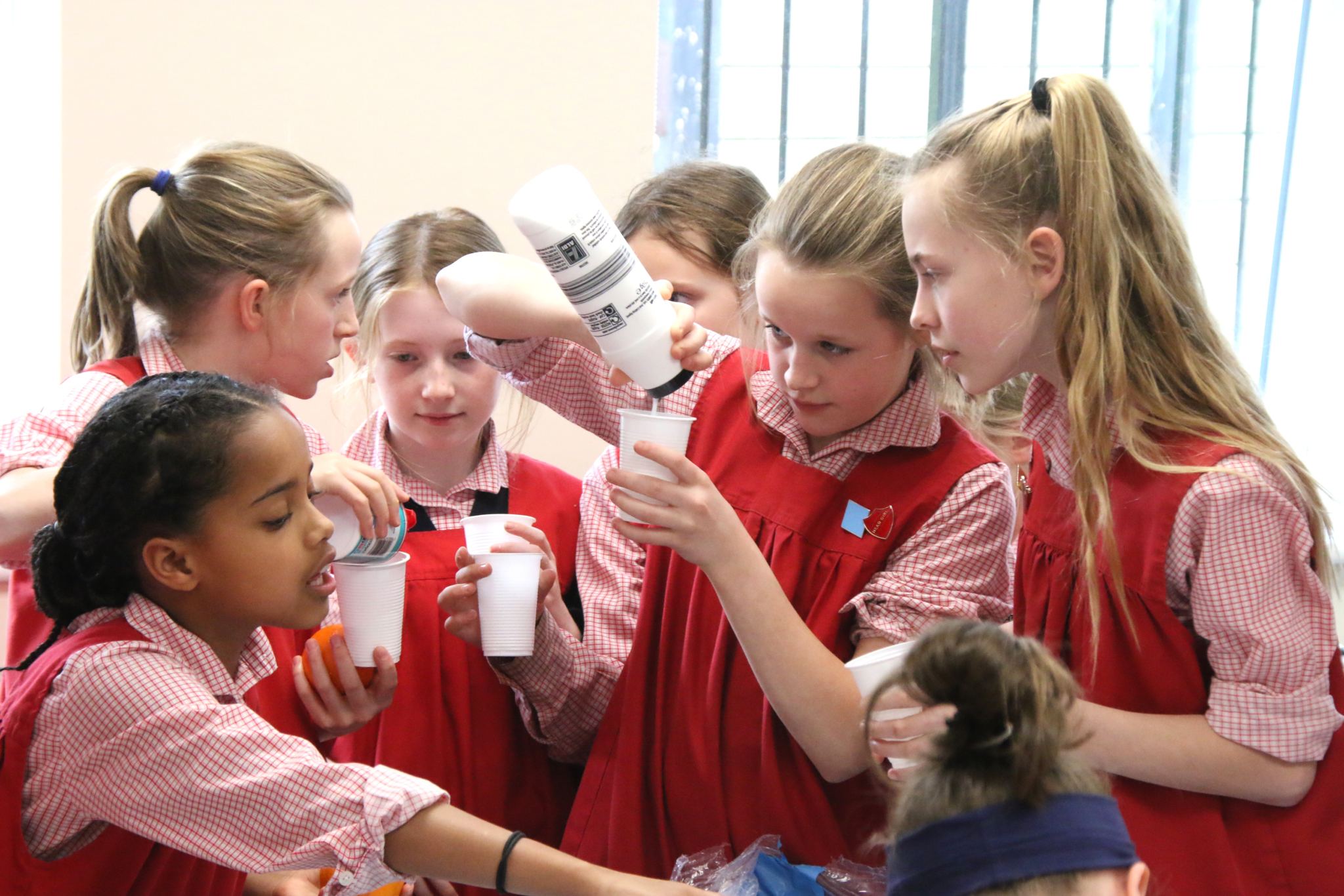 In connection with both British Science Week and Science Week in the Senior School, the Prep School celebrated a hugely successful Science Day. All girls were involved in activities on this year’s chosen theme of “journeys”. In Pre-Prep the girls explored the journey of dinosaurs, using modelling as a basis for their ideas on adaptations and evolution. Mrs Southgate and Mrs Watters enjoyed this just as much as the girls! Years 2 to 4 considered static electricity and how this can act on objects to make them move. The activity was based upon the famous “newt scene” from Roald Dahl’s “Matilda” and involved the girls moving tissue paper newts with unseen forces. Tying in with some of the work carried out in Miss Fisher’s class earlier in the year, Years 5 and 6 considered ancient Egypt and the journey to the afterlife through mummification of an orange. Much laughter ensued as the girls removed the innards of the orange, filled them with natural fragrances and preservatives, and attempted to bandage them up with sticky fingers! All girls have also been invited to enter a national poster competition and we look forward to seeing their visual interpretations of “journeys”. I would like to pass on my thanks to all staff who assisted on the day and to FoGP for their invaluable support and provision of supplies. You all helped to make this an incredibly enjoyable day for the girls.

You can see photos from our Science Day here.