There's a festive feeling in the Sixth Form this week 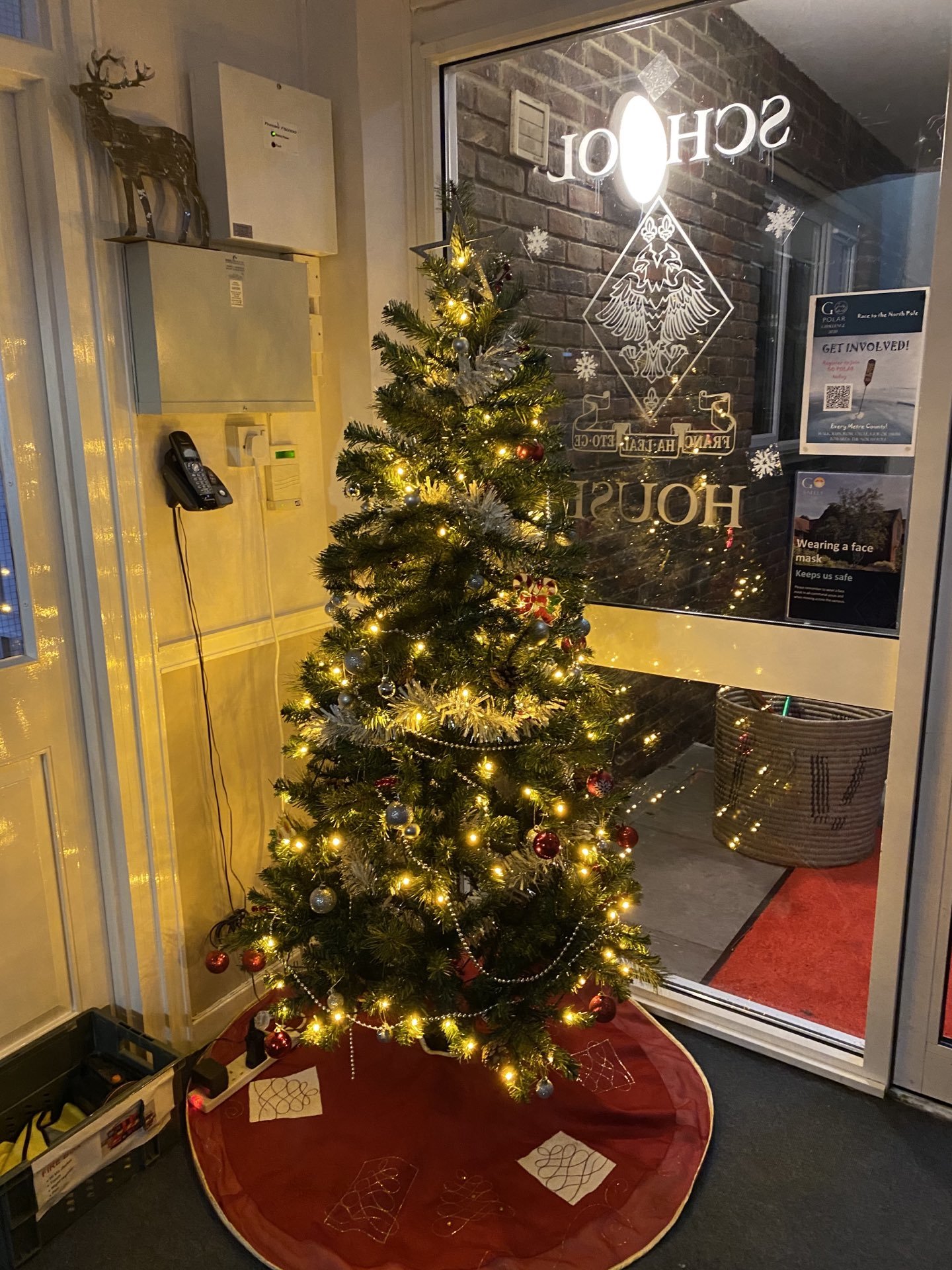 This week has been a festive one in the Sixth Form, with the decorations going up at the start of the week, making both houses extra jolly. And of course, the obligatory advent calendars have meant that everyone starts the day in good chocolate spirits!

All that chocolate meant that it was great to be able to get outside and compete on Tuesday, when many of our Sixth Form students participated in the inter house Lacrosse competition - it was just wonderful to see so many out on the pitch, playing for their houses, especially as it has been a long time since competitive matches have been played, and our Sixth Form students really enjoyed getting stuck in.

Wednesday saw the entire Sixth Form working with Elevate Education, who provided some supportive and inspiring study skills and revision sessions online. Always valuable, and so well received, we were pleased to be able to welcome them back to inspire our students once again. Wednesday also saw the festive mood continue with our Upper Sixth students watching 'Nativity' in the evening, wrapped up in duvets and surrounded by mince pies, whilst the Lower Sixth had the chance to engage in lots of festive arts and crafts in School House. This swapped on Thursday, with our Lower Sixth bubble enjoying the film and the Upper Sixth decorating Christmas mugs, ready for some mulled wine over the break, no doubt.

Thursday also saw our Leiths students create some delicious canapes, as well as many of our students having the chance to talk online with one of last year's Upper Sixth students, now studying at Exeter. She was invaluable at giving them lots of guidance about how to survive your first undergraduate semester, even in these most trying of times. Our Oxbridge candidates were also put through their paces with mock interviews, too, and we wish Eloise and Imogen the very best of luck in the weeks ahead.

Friday brought Christmas jumper day, and also a tremendous Find Your Future Friday, where students were able to hear from Holly Ayres, an OG working in marketing and communications. She spoke about the opportunities in her sector, the routes into that kind of role, and was nothing short of inspiring!

Behind the scenes, the staff have been getting ready for the traditional staff entertainment (a panto this year, but we won't reveal anything else) and planning the Evening Of Fire And Ice in January, which replaces the Winter Ball. The Upper Sixth have also had a busy time putting the finishing touches to this year's Ents, and we are all looking forward to seeing it at the end of term.

All this on top of a full academic timetable! I'm so proud of all our students achieve!