Discovering Paris through the History of Art 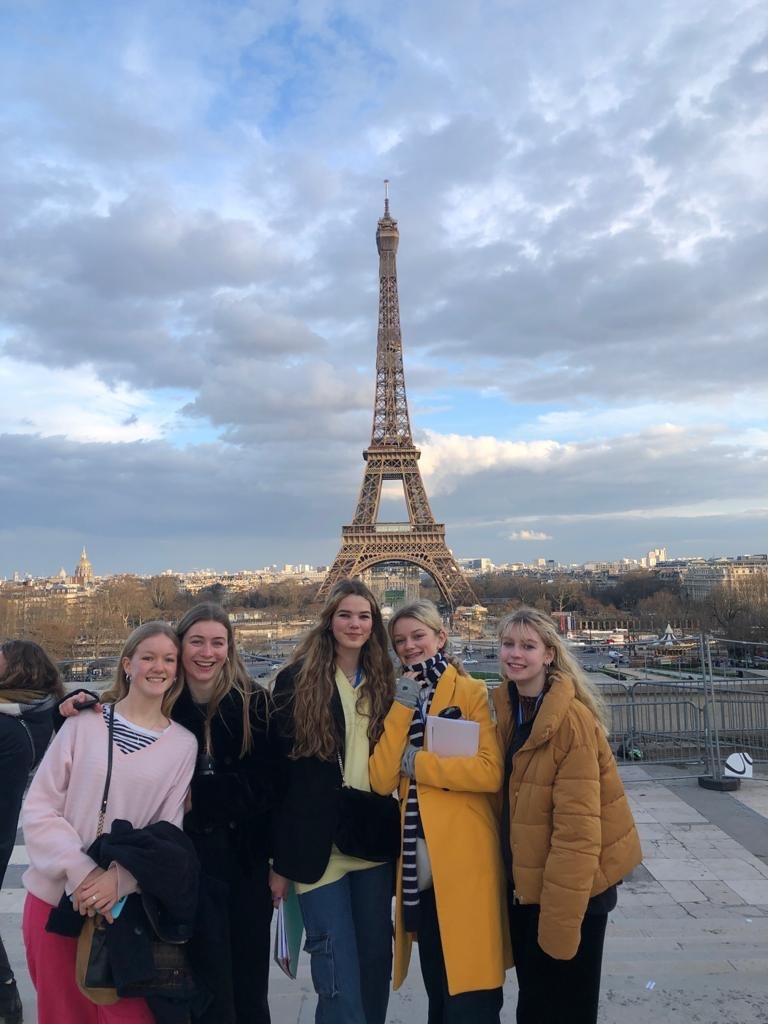 On 5 March the Lower Sixth History of Art class set off for Paris. Arriving late in the evening, we went straight out for supper then back to the hotel for a good night’s sleep before the busy next day.

We had a 9am booking at the Louvre and taking the bus there we were very excited to see Paris in the daylight. The museum, architecturally beautiful in itself, held many works of art that we had studied and been excited to see; the sculpture ‘Cupid and Psyche’ was a favourite. We spent most of the day wandering through the Louvre, and later in the afternoon we went to Musée Rodin, dedicated to the works of sculptor Auguste Rodin, where we saw works such as ‘The Kiss’ and ‘The Burghers of Calais’, and some of his small clay models that were later made into full scale sculptures. We then went on to La Cité de l’Architecture to see copies and casts of ancient French architecture, like church portals and carving. This museum happened to be right next to the Eiffel tower, so we of course took all the typical photos there. Supper that night was at a Chartier restaurant, where it was very French and the waiters wrote our orders on the tablecloth!

The next day the morning was filled at the Musée d’Orsay, where we saw some paintings by Ingres, who we had been studying, and many Impressionist works of art. Later we went to Brancusi’s studio (Atelier Brancusi) which showed all his sculptures and the tools he used, and nearby was the Pompidou Centre, where we spent the rest of the afternoon looking at more modern art. After some free time, we went out for supper, then back to the Pompidou Centre, which gave a wonderful view of the Eiffel Tower’s light show.

On the last day we went to Saint Chapelle: the ground floor of this church was brightly, richly painted, but the top floor was incredible – it felt like the whole room was made of glass, as we were surrounded by incredibly high stained glass windows. Before going back to the hotel to collect our suitcases, we went to the Orangerie, which was an amazing gallery – oval rooms painted white, with Monet’s waterlily paintings spread full length along the walls. We then all had a crêpe and set off for the Gard du Nord to go home.

Congratulations to our new House Captains

Congratulations to our new Head Scholar