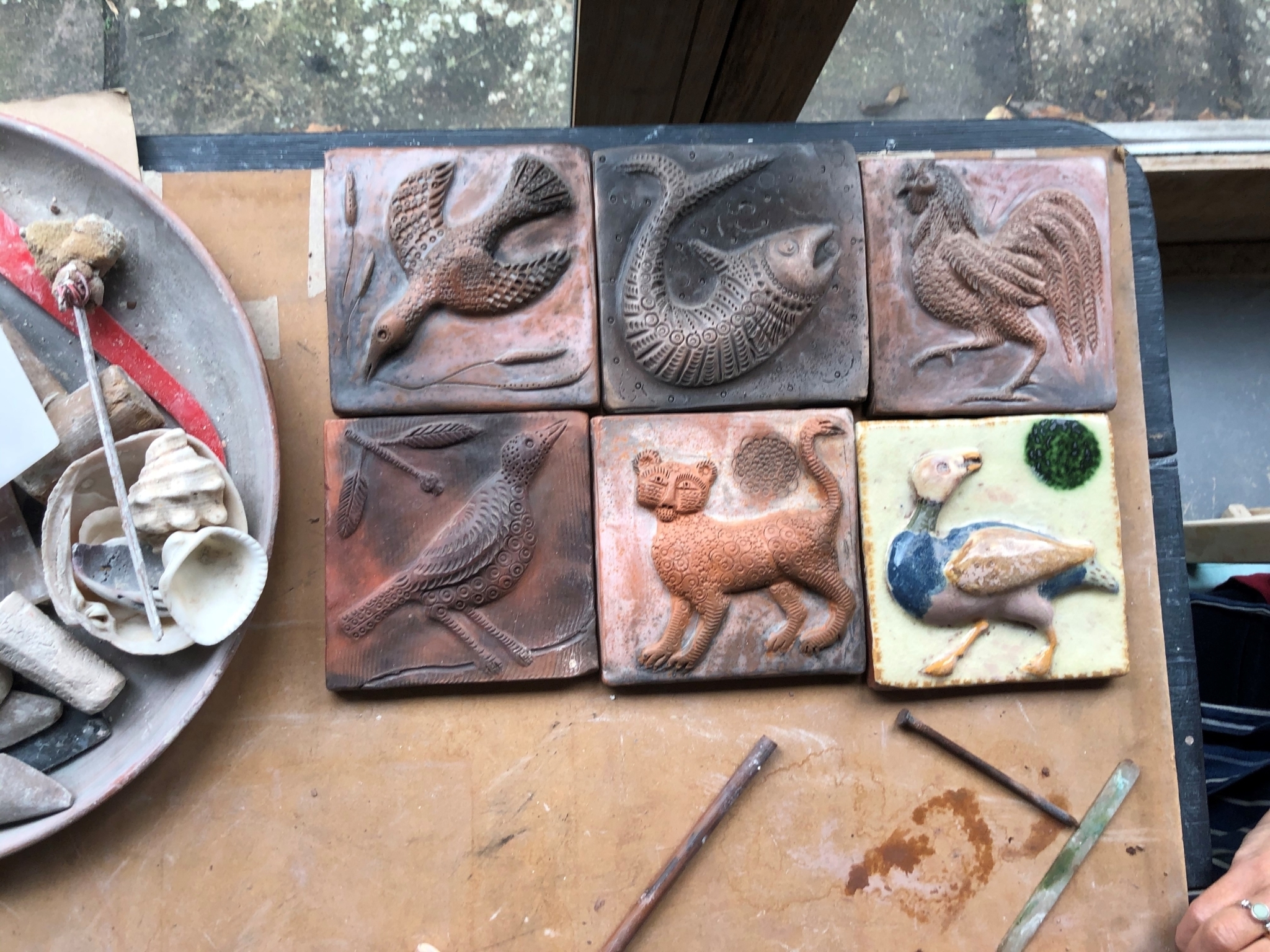 Georgia explained that 'the project is run by Joanna Still because she wanted to raise money for Mind Charity. She invited a group of people to her studio in half term to work with her to create the tiles, which are about 10cmx10cm. To make these tiles she creates plaster moulds, and then adds different textures and details to each tile. Her work is usually smoke fired, which is a firing technique which involved firing work in a barrel full of sawdust, the photos below are from when I worked with her in summer smoke firing ceramics. The smoke firing technique results in the work having a range of dark and light areas.

I have spoken to her a lot about how mental health is extremely important and how especially during lockdown mental health needs to be a constant focus, this is why the money is being given to Mind Charity. She regularly does charity sales, in summer she did one for Trussell Trust.'

We are so pleased to see our students getting involved with such great causes and working with and learning from incredibly talented artists.

Head of Art & Design, Nick Eggleton told us that 'Georgia has been working alongside Joanna Still extensively as part of her Art Personal Investigation at A Level. She has visited Joanna on numerous occasions to watch her work and to follow her firing methods. These experiences Georgia has brought back into school and she is currently developing them in the ceramic studio.

Working on this particular Ceramic Relief project with Joanna has been a great way to give something back for Georgia.

As a School we are greatly indebted to Joanna for the amount of time and effort she has spent with Georgia.'

A huge well done to Georgia for her input and influence on the charity sale.

The official poster for Ceramic Relief is here.