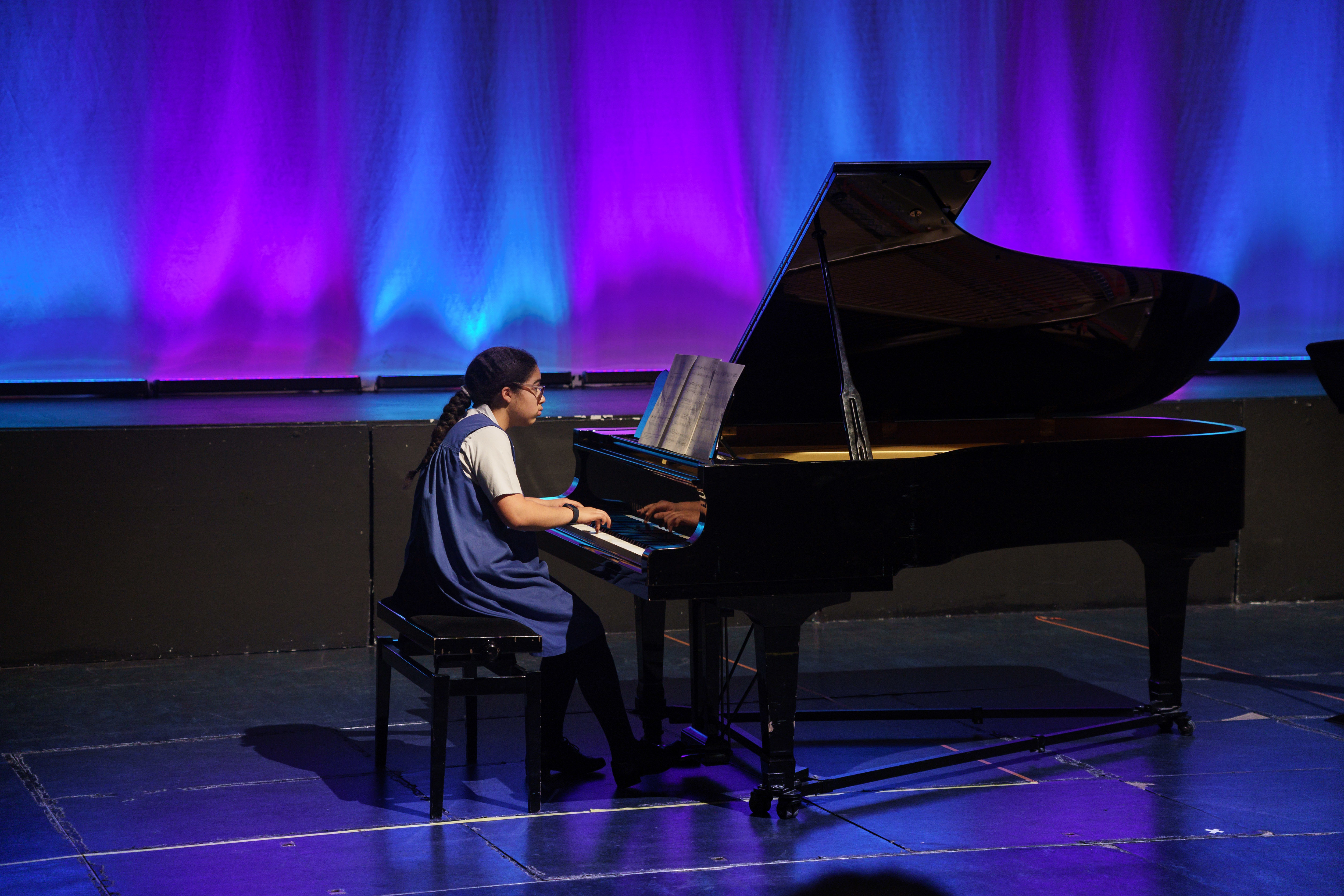 Godolphin Music gave another live-streamed Informal Concert on Thursday featuring a wide range of Godolphin musicians. The concert opened with pianists from the First Year who played Surrender by Pamela Wedgwood and Arabesque by Friedrich Burgmüller. We heard three singers performing contrasting pieces: ‘When She Loved Me’ from Toy Story by Randy Newman, O cessate di piagarmi by Alessandro Scarlatti and Der Musensohn by Franz Schubert. We also enjoyed Film Noir by Mike Cornick, and ended the concert with a Lower Sixth student performing To Spring by Edvard Grieg.

It was lovely to be joined, live, and we are pleased that many supporters have been able to watch the concert on catch-up by visiting out YouTube channel here.

Photos can be found here.