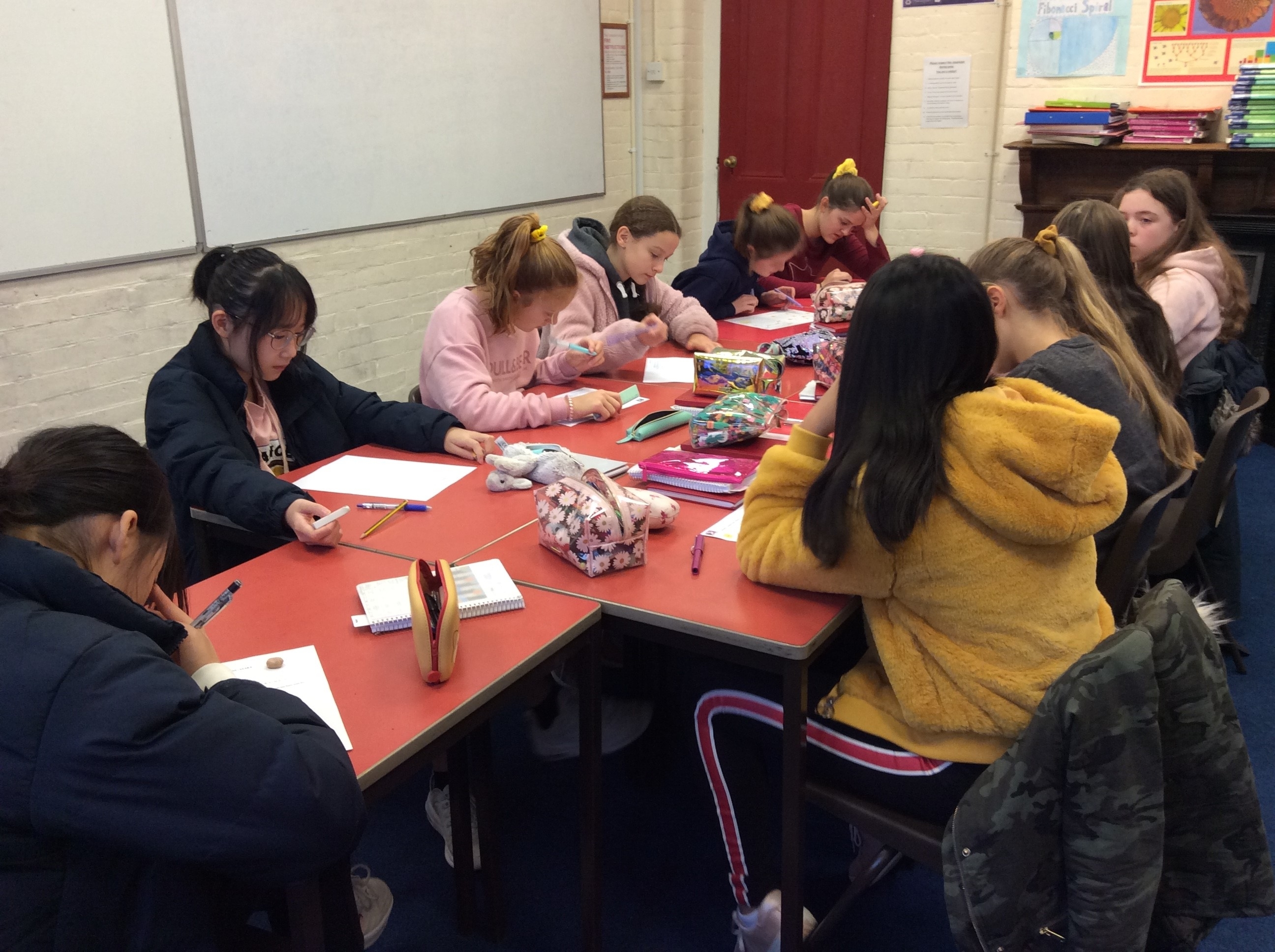 This week was Maths Week England and we have introduced a whole series of different mathematical problems to the girls. We have been encouraging them to work collaboratively to use their skills to tackle a range of challenging problems. These have included using their number skills to solve Yohaku problems, working out how many squares there are on a chessboard (not 64), calculating the number of presents given in total in the 12 days of Christmas or thinking about how many digits are used to number the pages of a book.

We have also talked about some famous female mathematicians, including Dame Mary Cartwright.

Dame Mary Cartwright (1900-1998) was a British mathematician who, with J. E. Littlewood, was one of the first mathematicians to study what would become known as Chaos Theory. Her work identified many solutions to a problem which was an example of the butterfly effect. Mary was a pupil at Godolphin School (1916-19) before going on to study mathematics at St Hugh's College, Oxford, where she was the first woman to attend the final degree lectures and to obtain a first. Mary had a distinguished academic career, with her work on analytical functions now known as Cartwright's Theorem. She was Mistress of Girton College, Cambridge from 1948 to 1968. Among many other achievements Mary was the first female mathematician to be elected to be a Fellow of the Royal Society.