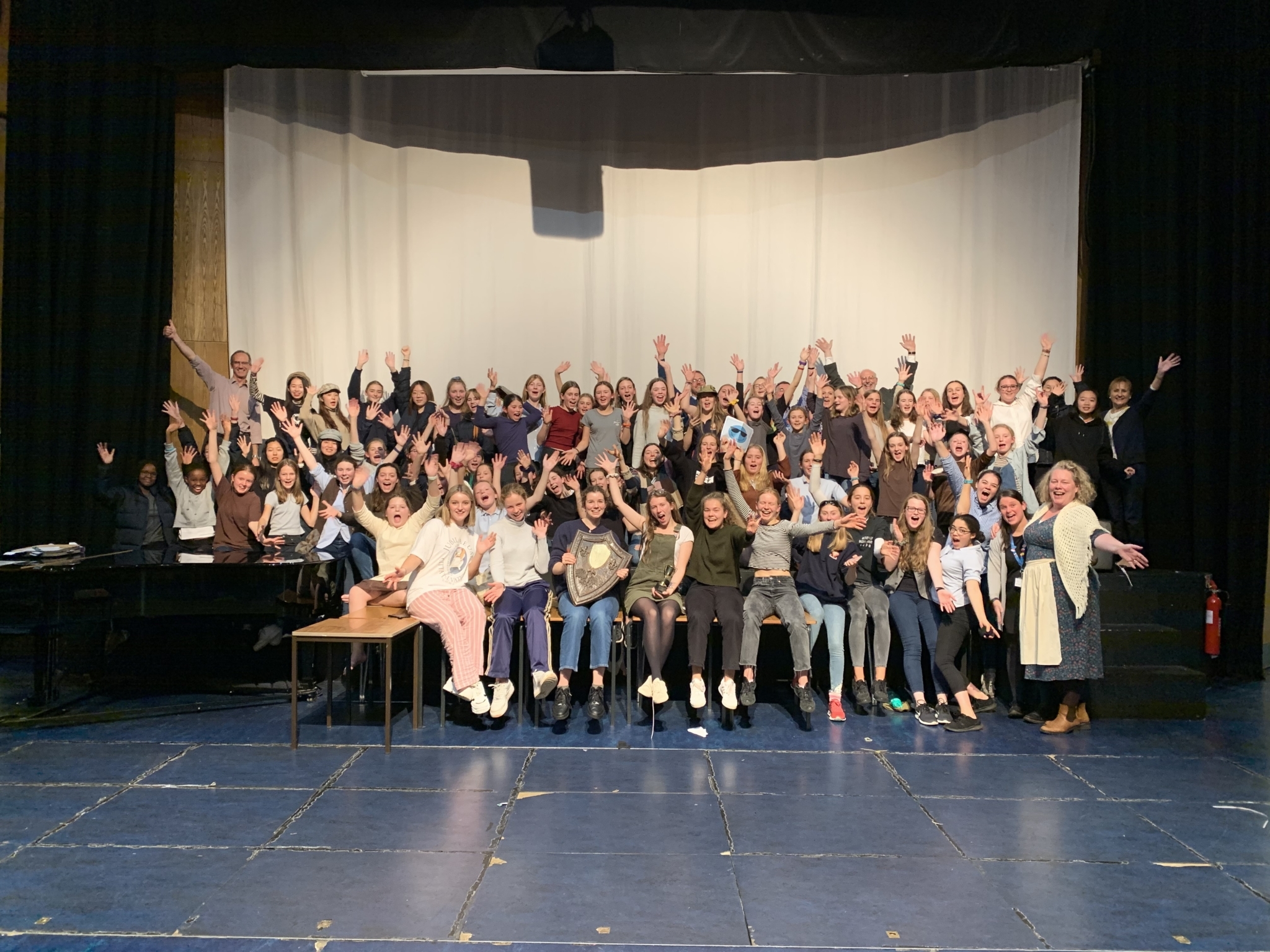 After a week packed with rehearsals, the competition day finally arrived. All around the school people were having last minute practices for group songs and learning the words and choreography to their house songs. At this stage everyone hoped that it would all come together in the end!

At 2.30pm the PAC started to fill up with excited pupils dressed as orphans, yellow and white snowflakes and the colours of the rainbow. Each house had to perform "Castle on a Cloud" from Les Miserables sung by First to Third Years, "For the beauty of the earth" by John Rutter, sung by Fourth-Upper Sixth and a whole house song of their choice.

First up were Hamilton. They sang "For the beauty of the earth" and then "Castle on a Cloud" beautifully but the highlight was their whole house song," Let It Go" from Disney's Frozen. Everyone was very enthusiastic and you could tell they were loving it and so was the judge, who was smiling throughout.

Douglas were next, starting with a lovely solo from Pip Winser to begin "Castle on a Cloud". This was followed by a wonderful performance of "For the beauty of th earth" and then "Good Morning Baltimore" from the Musical "Hairspray." Lucy Pope’s saxophone solo was a nice touch and the vibrant costumes complimented the liveliness of the song.

Finally, it was Methuen’s turn. They started off singing "Castle on a Cloud" with well balanced harmony, followed by a moving performance of "For the beauty of the earth".

The competition came to a close with Methuen’s energetic rendition of Lionel Bart's "Food Glorious Food" from Oliver! which starred Mrs Wilson, head of Methuen and Mr Dain dancing with their ladles linked.

After the whole school had joined together to sing "Let It Go" for a second time the judge, Lynsey Docherty, was ready to announce the winners. Methuen won the First to Third year category for their well executed two part harmony; Douglas won the Fourth to Upper Sixth category with their well blended ensemble; the whole house song award went to Hamilton for a very engaging and enjoyable performance of "Let It Go"; but the overall winners of the Interhouse Singing Shield were Methuen, for achieving high standards across all categories.

Everyone left the PAC in high spirits having had a very enjoyable, even if quite tiring, day! Huge thanks to the Music and Drama Departments for organising such a great event.