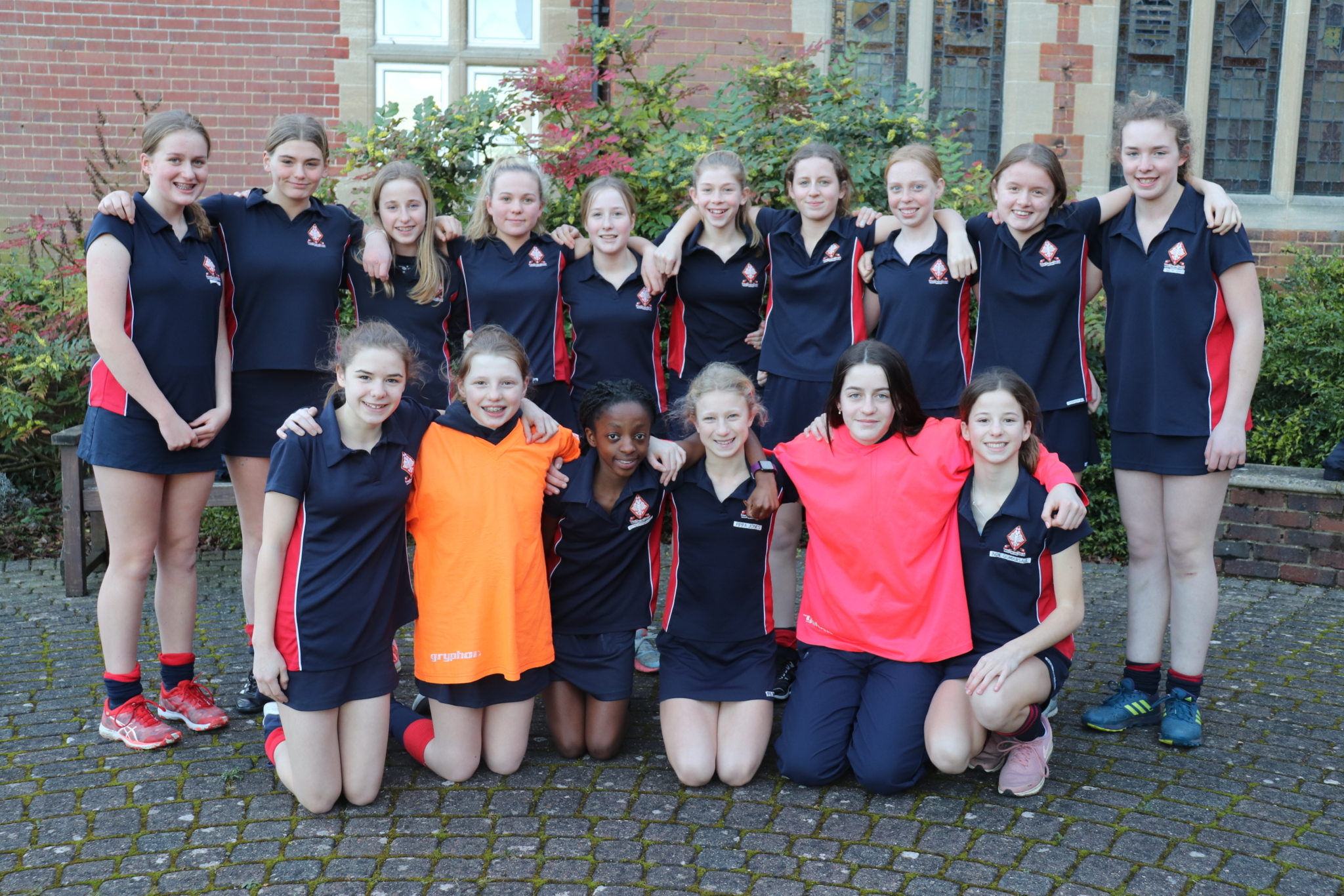 The U14s played in the U14 Tier 2 Schools Hockey Championship Finals at Reading Hockey Club on Monday 2 March 2020 and were placed joint Fifth in the competition.

They lost the first game v St Georges College 1-2 but played superbly in the next match against Bradford where they were 2-0 up at half time only to draw 2-2 in the closing stages of the second half. The girls continued to make good progress but were up against Bedford and lost 1-5 (Bedford went on to win the Championship) but never gave up to win 2-0 in their last match against Wellingborough. Liv was lead Goal Scorer for the whole tournament with 4 goals, right up to the finals match where she then dropped into second place. So well done Liv!

The girls played with excellent spirit and produced some fabulous hockey. They were a credit to Godolphin at their first National Hockey Championship Finals.