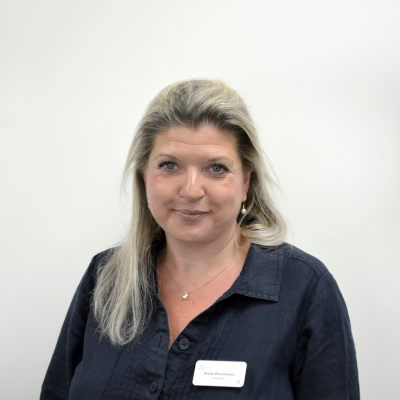 A former pupil of the School, Annelie went on to study at Camberwell College of Art and the London Institute where she gained an honours degree in Art History and Art Conservation. After a fifteen year career in Executive Search and Recruitment in London, she returned to Wiltshire where she now runs an arable farm and various associated businesses with her husband. Annelie is an active member of the School alumnae association (OGA) becoming Secretary in 2016 and OGA Governor in 2017. She sits on the Education and Development Committees. 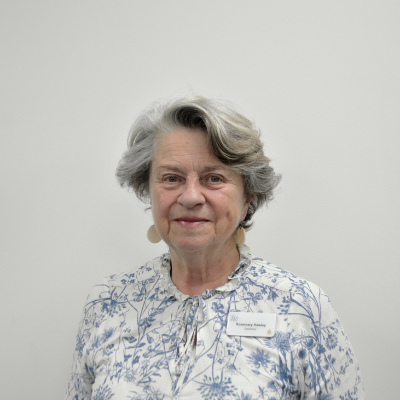 Rosemary Hawley, born in India, has a degree in English from London University and an honorary doctorate from the University of Liverpool. She taught at a teacher training college in Ghana before various community work jobs in Wales, Wolverhampton and London. She lived in Liverpool for nearly thirty years where she was over time chair of three different NHS trusts and also of the Liverpool School of Tropical Medicine, a magistrate, school and university governor, and for one year High Sheriff of Merseyside. She moved to Wiltshire on retirement seven years ago, and is proud to be the Bishop of Salisbury’s nominee on the school’s governors. 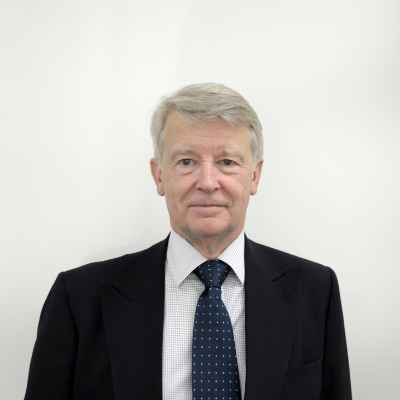 Michael Nicholson BSc(Hons) FRICS, is a Chartered Surveyor. He has had extensive experience as Managing Director in national and international businesses and in local and central Government in the UK. He has served on a Ministerial Advisory panel, as Vice-Chair of a European Association and as trustee of a number of charities. He is married with four children. 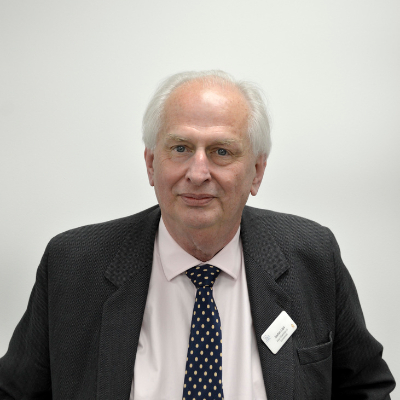 Brought up in New Zealand, Stefan has lived in England with his wife Anna for many years. He runs his own company, advising charities across the country on how to raise substantial amounts of money, often for large capital projects.

Stefan is extremely interested in music, particularly opera and choral singing, as well as enjoying English history and walking in the beautiful countryside of his adopted home. He has been a Governor of Godolphin since 1998 when his daughter, Frances was a pupil at the school. His particular interests at Godolphin have included development, marketing and fundraising. Stefan is Vice-Chairman of the Governing Body and Chairman of its Development Committee 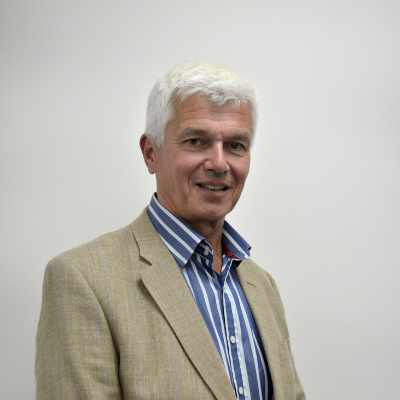 Jeremy Booker is a Chartered Accountant and Chairman of Finance Committee. He was a partner with PricewaterhouseCoopers for 24 years, having initially trained in PwC Southampton. He spent most of his career in London with clients in the technology and communications sector. The last three years of his career were in a global role for PwC.

Jeremy is trustee for a number of charities, is married with two adult daughters (both of whom were Sarums) and his hobbies include sailing, travel and skiing. 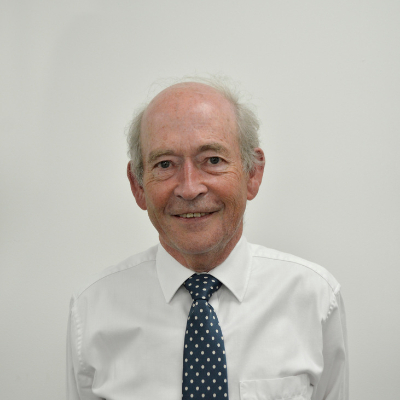 Guy Green is a retired Solicitor who was in practice with Payne Hicks Beach, a medium sized law firm in London, for more than 40 years. He specialised in Company and Commercial Law, acting for a wide range of businesses, before becoming the firm’s Managing Partner for nearly 10 years. He lives near Winchester and is married, with three grown up children, one of whom attended Godolphin in the 1990s. He has been a Governor since 2010 and is Chairman of the Governance Committee and a member of the Finance Committee. His interests apart from Godolphin include various sports, golf, walking, gardening, history and a couple of local charities. 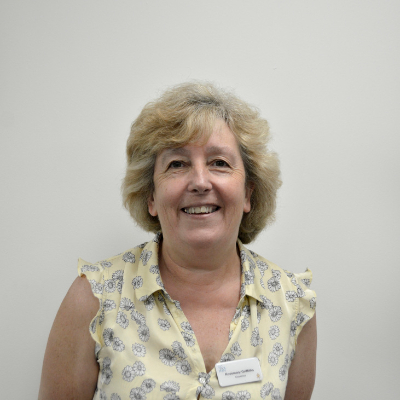 Dr Rosemary Griffiths is a GP and Senior Partner in a large practice in Andover. She trained in Leeds and was initially a GP there until 1989 when she moved to Salisbury with her husband's work. She has had three daughters at Godolphin the youngest leaving in 2015 so has been part of the school community for many years. She was elected to the board of Governors in 2014 and is the lead Governor for safeguarding. 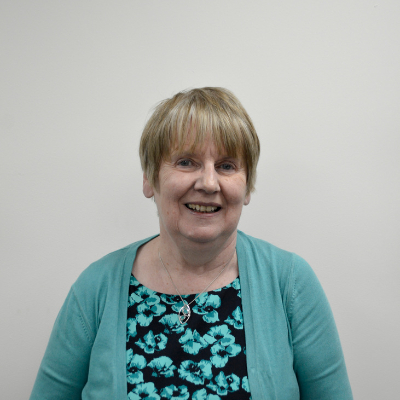 Christine has worked in education for over forty years, most recently as Head of an all-age girls’ school and as a Reporting Inspector for the Independent Schools Inspectorate. She represented GSA at HMC West, has served on the GSA Education and Inspection Committees, the OCR Examining Board’s Modern Languages A level panel, and regional advisory committee, and was Chair of the Board of Central ISIS (Independent Schools Information Service). Having studied Modern Languages at the University of Birmingham, she is author of several French and Spanish text-books. She has gained an MSc in Education Studies, an OU Certificate in Managing for School Effectiveness, and a PhD from the UCL Institute of Education. Her research was focussed on aims and evaluation in independent education. Christine has a strong commitment to Godolphin’s aim of providing a stimulating, all round-education in a supportive environment. She is Chair of the Education Committee. 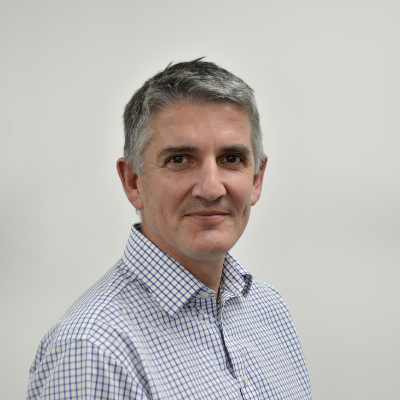 Nick Pope has been the Deputy Chief of the General Staff of the British Army since 2015. After joining the Royal Corps of Signals in 1981, Nick read Economics at Jesus College, Cambridge. During his subsequent career he has served in Germany, Cyprus and Hong Kong and has deployed on operations in Bosnia and Afghanistan. In between times, he has held a number of staff positions in the Ministry of Defence in London.

In his current employ, Nick is the de facto Chief Executive for an 80,000 strong business with an annual budget of some £10 billion. He is also the Master of Signals, Colonel Commandant of the Brigade of Gurkhas and Chairman of the Gurkha Welfare Trust, a Salisbury-based charity which supports Gurkha veterans in Nepal. His youngest daughter has been at Godolphin since 2015. 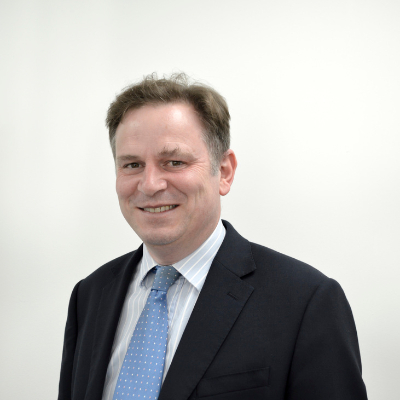 Kit was born in Taunton and educated at Downside School, Bath, before studying for his degree in Anthropology at Oxford Brookes University. After graduating, Kit worked in the City for five years, before deciding that what he really wanted to do in life was teach. He completed a PGCE at Roehampton, University of Surrey, and in 1999 fortuitously began his career at Unicorn School, a unique prep school in Kew, Richmond, where he taught for three years. In 2002 he moved to Tockington Manor School, Bristol, as Director of Studies where he stayed for seven years and then to Twyford School, in Winchester as Deputy Head (Academic) for a further four years. Kit is currently Headmaster of Unicorn School, since 2013, and is married with three daughters, all of whom attend or have attended Godolphin School. Interests include golf, tennis, literature, music and walking. 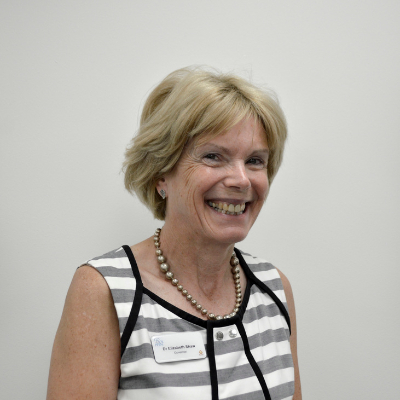 She has been a GP in and around the Salisbury area for most of her professional life, enjoying a portfolio career which has included GP partnership for many years.

She is now a freelance GP, represents sessional GP’s on the Local Medical Committee, sits on committees for the local clinical commissioning group and is a GP appraiser and senior appraiser.

The Clinical Commissioning group work includes being involved in the Child Health Improvement group for Wiltshire, a GP representative on children’s community services and children’s End of Life care.

Dr Shaw is the mother of four offspring, all educated at British public schools.

Samantha Nolan was educated from 9 to 18 years at an all-girls boarding school in the Lake District before studying for her degree in Philosophy at Reading University.

Sam spent 20 years working in marketing and running an integrated marketing agency for Omnicom, one of the world’s largest communication groups. During her tenure she was also one of the founding members of Omniwomen UK, helping to champion female leadership across the Omnicom group and drive gender equality.

Moving to Salisbury in 2015, Sam joined the NSPCC working as a Schools Organiser delivering key safeguarding messages to all primary aged children across Wiltshire.

Her particular interests at Godolphin include development and fundraising (Sam is Chair of the Godolophin Capital Campaign Volunteer Board) and marketing.

Sam is married to Brendan who works for a defence technology company and they have 2 daughters who are both at Godolphin.

Patrick was born in Oxford and attended the Dragon and St Edward’s Schools. After training at Sandhurst, he served in the Royal Green Jackets both in Germany and the UK. On leaving the Army, he went into industry and then management consulting working at De La Rue, Andersen Consulting (now Accenture) before leading Vantagepoint, a public sector focussed management consulting business until its acquisition. He subsequently became a partner at Atos Consulting before joining the FTSE 100 group Capita where he led government business development and relations for eight years. Patrick is now an independent advisor working with techUK, the technology trade body, and various venture capital backed businesses. He is a Visiting Fellow at the Henley Business School and a director at Restart, a Kenyan children’s charity, and the Sandhurst Trust.

Patrick is married to Dee and lives in Winchester. They have two sons and a daughter, Annie, who was at the school. His main interests span sport, travel as well as UK and international current affairs.

Great work from our D&T Department, supporting the NHS